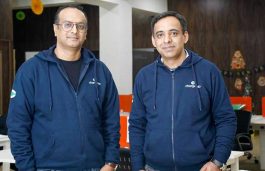 Chargeup, the company hoping to build one of India’s largest battery-swapping network for electric two and three-wheelers, has announced that it has raised USD 2.5 million in pre-Series A round led by Capital-A and Anicut Capital. Other marquee investors who participated in the round include actors Tiger Shroff & Shraddha Kapoor, Aman and Sameer Gupta […]