A new report says the wind turbine towers market is expected to grow at a CAGR of 2.9 percent between 2019 and 2023 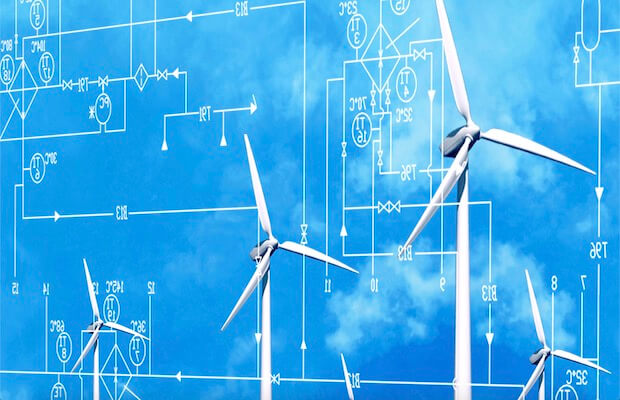 A new report has predicted has revealed that the wind turbine towers market is expected to grow at a compound annual growth rate (CAGR) of 2.9 percent between 2019 and 2023, thanks to favorable government policies and growing environmental concerns that are underscoring the growth in the market.

During the forecast period, the onshore market will account for a large number of installations, despite its relatively small growth of 0.8 percent. The offshore market is expected to witness a significant growth of 23.9 percent, largely supported by installations in China, Germany, and the UK.

Regionally, Asia-Pacific (APAC) will continue to lead the overall market, installing 157.61 gigawatts (GW) of wind turbine towers, followed by Europe, the Middle East and Africa (EMEA) and Americas with 88.41 GW and 66.36 GW, respectively.

The latest report, ‘Wind Turbine Towers Market 2019 – Global Market Size, Competitive Landscape and Key Country Analysis to 2023, by research agency GlobalData, reveals that the governments are prioritising low carbon and renewable energy sources to address challenges impacting the power sector. The adoption of clean energy technologies such as wind is aimed at improving energy security, self-sufficiency, and to sustain the growing demand for power, while addressing climate change issues. 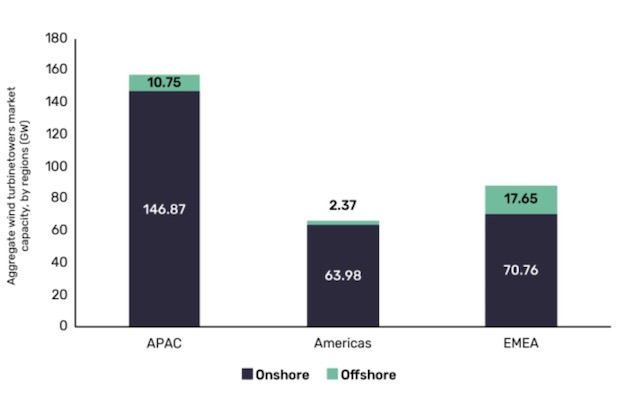 The report highlights that the large scale deployment in China and India, as the respective governments push to integrate more renewables in their power mix along with expected installations in other countries of Australia, Japan, and South Korea are seen as the primary contributors to the large regional market. The EMEA market is likely to account for 25.1 percent of the aggregate onshore market and will witness the highest growth of 4.8 percent over the forecast period, driven by France, Germany, and Spain.

It further adds that by 2023, it is estimated that offshore installations will account for 32 percent of the annual market in EMEA, whereas the Americas and APAC are likely to see approximately 10 percent installations each. EMEA will be at the forefront of the offshore market, with aggregate installations estimated to reach 17.6GW over the forecast period. The regional market is heavily influenced by market trends in Germany and the UK, which are some of the largest offshore wind markets and is estimated to hold approximately 49 percent of the regional market by 2023. Other countries such as Denmark, Netherlands, and France are also driving the momentum in the market.

Rajasekaram concludes by saying that “although there is strong activity in the development of the wind power market, several market uncertainties persist. Some impediments to growth include a lack of robust regulations in secondary markets, political risks, underdeveloped grid infrastructure, and skilled workforce shortage. However, the continued investment of resources and government endorsement will help alleviate most challenges and continue driving the wind power market.”