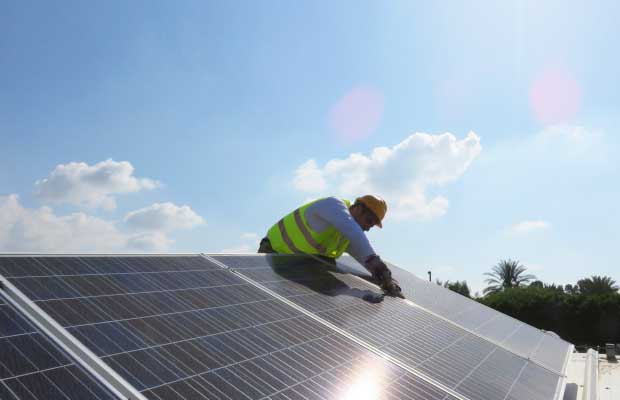 India and China have agreed on cooperation in the Research and Development (R&D) of new and improved technology for the manufacturing of solar cells from alternate material with improvement in their conversion efficiencies.

Both sides have also agreed on cooperation in the field of e-mobility and energy storage, government think tank Niti Aayog announced.

This among issues was discussed during the sixth India-China Strategic Economic Dialogue, which was concluded on September 9, 2019.

“Both sides agreed on cooperation in R&D for developing new technology for manufacturing solar cell from alternate material and improvement of efficiency of solar cells,” it said.

Under this dialogue, there are six standing joint working groups which are appointed by both sides to address economic and commercial issues across infrastructure, energy, high-tech, resource conservation, pharmaceuticals and policy coordination in a structured and outcome-oriented manner.

In March, we reported that India had moved up two places to rank 76th on a global energy transition index, moving ahead of China in the 82nd position. The Index ranks 115 economies on how well they are able to balance energy security and access with environmental sustainability and affordability.

In May, it was reported that while China and the US held the top 2 attractive markets’ status for renewable energy according to EY index while India drops its third position. India’s rank in the index was taken up by France which moved up to the third position.

India saw a drop in the position and landed on the forth from a previous third position. Last year lackluster performance of the Renewable energy sector especially solar energy sector mired with policy issues like the Safeguard duty and Tariff ceilings has made solar developers quite uncomfortable. This was shown clearly in the lukewarm response to the tenders floated by the central agencies for solar, wind and hybrid RE systems. France on the other hand, jumped two positions from the previously held 5 position thanks to its updated wind capacity targets.