Coal, despite its stubborn persistence to the country’s energy needs, might have seen the beginning of the end. The lead indicator? Prices discovered in the largest ever renewable plus storage tender by SECI. 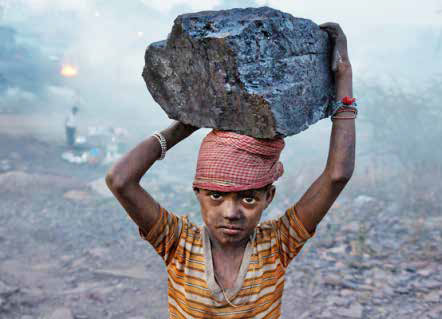 In August 2019, SECI, the country’s primary nodal agency for renewable energy auctions and purchases came out with a huge tender. On offer- An opportunity to bid for a total contracted capacity of 1200 MW, with assured supply of 600 MW for 6 hours daily during peak demand hours (that is, 5.30-9.30 AM and 5.30 PM-12.30 midnight), on a day-ahead on-demand basis. This would require a storage capacity of at least 3000 MWh, and appropriate renewable energy generation capacity. coal

The aim was simple. To discover a cost for a  renewable + storage solution at a scale that would demonstrate that a renewable energy powered future was not as remote as many believe. The size of the tender easily made it the world’s largest renewable-cum-energy storage power purchase tender to be issued through a reverse auction method.

The tender stood out for its unique design, with SECI putting a clear ceiling on the tariff payable for the renewable energy power, at Rs 2.88 per KwH, while bidders had to make separate bids for the power from storage.  By January 2020, the results came out, shaking up the energy sector once more. Bids came in for 1.62 GW finally, and the winning bids were made by two of the biggest names in the Renewable energy sector, Greenko and Renew Power.

Hyderabad –based Greenko Group was finally awarded 900 MW capacity in the tender after submitting a bid at a peak power tariff rate of Rs 6.12/ kWh, while ReNew Power walked away with the rest,300 MW power projects capacity with a peak tariff bid of Rs 6.85/ kWh.

These tariffs are an eye-opener in more ways than one. For one, the blended rate of Rs4.04 from Greenko) and Rs 4.30 (Renew Power) is lower than or close to the recent stressed thermal projects tender conducted by PTC where the tariff of Rs 4.24/kWh was discovered. However, unlike the thermal rates, which are only for 3 years supply, the tariffs on the storage tender are fixed for a 25 year period.

Almost on cue, TATA Power, one of the largest privately-owned thermal producers in the country, has just announced that it will not start any new greenfield thermal venture. A sentiment that has been echoed by NTPC, the largest thermal producer in the country today. Both these firms interestingly have renewable energy plans that are much large than their thermal powered plans for the next 3 years.

Adani Power, part of the Adani Group, remains the last holdout with plans for more thermal power, but even that group has been prudent enough to establish the largest manufacturing capacity for solar equipment in the country, and a declared ambition to be the largest renewable energy producer by 2030.

With storage costs, critical to achieving this transition on track to come down significantly by 2025, they will achieve what no end of pressure on governments couldn’t. A swifter transition away from coal, even as the economy gets more and more electrified. Or meets its energy needs through electricity, rather than fossil fuels like coal and diesel, and that too, from renewables powered electricity.

Consider the indicators. Indian Railways, a massive diesel consumer, is on track for 100 percent electrification by 2023. Not only that, but the national transporter also has plans to build close to 1500 MW of renewable energy capacity by 2030. Similarly, the transition in road transportation is also picking pace, with two-wheelers and public transportation picking strong momentum to change to electric.

The massive solar pumps initiative, with a target of 2 million solar pumps in this year, will shift another big consumer group of farmers away from mostly thermal power. Thus, with industrial, transportation and even agri needs increasingly shifting to renewals, the move away from coal could be far faster than anticipated. 80 GW of coal-powered capacity added in the past 5 years might go down as the end of the coal era. Even the Central Electricity Authority, normally a very conservative predictor for change, has seen fit to state that no fresh thermal capacity is needed till 2023 at least.  Some of the capacity that will come up is likely to actually depend on replacing old plants set to be retired, as air pollution standards are finally enforced from 2021.

With an existing capacity glut, along with discoms under pressure to meet their RPO (Renewable Purchase Obligations), even existing thermal plants are struggling to get even close to plant load factors of 65 percent and above that are required to recover capital costs. Reports indicate the PLF across the sector to be closer to 55 percent currently.

Add to that, the spare capacity in gas-powered plants, and you wonder just what made certain firms optimistic about future power generation from coal. Even nuclear power, that contributes under 3 percent to India’s energy requirements, will see a doubling of capacity over the coming decade, ensuring no slack for thermal power to fill as demand hopefully rises. If all that wasn’t enough, completely predictable issues like water stress are also here to queer the pitch for coal.

The implications for producers like Coal India Limited, which had a stranglehold on coal production in India, are dire. Not only is it reflected in the firm’s market perception and ratings, but also in the government’s consistent efforts to milk the firm by taking out profits through dividends, rather than allow too many expansions. We have been saying this before. But even we might stand surprised with the speed of the shift.

Tags: Coal, India, NTPC, renewables, SECI, storage
"Want to be featured here or have news to share? Write to info[at]saurenergy.com