Home » News » We Need to Renew our Pledge to Renewables: Niti Aayog VC

We Need to Renew our Pledge to Renewables: Niti Aayog VC

India needs to renew its pledge to renewables as thermal cannot take the country far due to environmental constraints, Niti Aayog VC Rajiv Kumar has said. 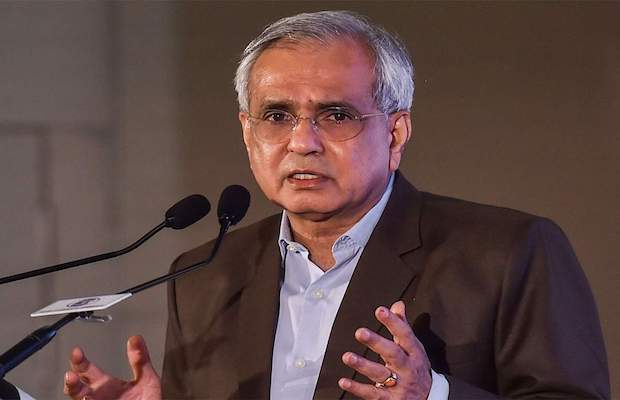 India needs to renew its pledge to renewables as thermal energy cannot take the country far due to environmental constraints, Niti Aayog Vice Chairman Rajiv Kumar said. Delivering the keynote address on ‘Solar Energy: The Agent of Change’, Kumar said the energy needs of India are enormous, and the country needs all the energy that it can produce including clean and green energy.

“We need to renew our own pledge to renewable energy…Carbon is a real budget constraint. We have to take the carbon footprint into account whatever we do,” he said.

Kumar said on India the pressure will be enormous not to undertake open coal mining as a primary source of energy. “It may not be an exaggeration to say that environmentally, we could be at a tipping point where if we pursue the kind of policies, you know, thermal generation, we may not be able to go very far,” Kumar added.

Further adding that India is still not anywhere near its energy need and requirement as a large part of the country is still pretty much devoid of a reasonable quality of energy.

We need to expand the manufacturing capacity of solar panels and cells, he added. “We need to produce them at the globally competitive price as there is no advantage in trying to create a solar panel industry behind the high protectionist wall.”

He also pointed out that India has a comparative advantage in solar power. “Renewable power is very much competitive to other sources of energy,” he said adding that renewable energy will be the energy provider for tomorrow.

The VC then went on to say that India will also have to take care of South Asia’s energy requirements. “There is a need to create a South Asian Energy grid.”

In January, NITI Aayog CEO Amitabh Kant had said that electric vehicles (EVs) will become cheaper than internal combustion engine (ICE) vehicles in three years as the price of battery packs of EVs is expected to fall by almost 51 percent per unit.

Speaking at the Mobility Talk Corporate Conclave at the World Sustainable Development Summit (WSDS) 2020, he had said that “EVs will become much cheaper than combustion vehicles in three years. The price of battery packs of EVs is expected to fall to USD 76 per kWh in three years, down from the present-day USD 156 per unit.”