In the broader developed economies, the push for renewable energy has already gone well past the stage for policy pushes, with many firms and power producers making decisive, long term shifts even as pressure, both public and from the government, still builds up. That is one reason why coal fired plants are shutting down faster than most experts had projected 5 years back.

Driven both by falling renewable energy prices and higher costs/penalties for pollution and handling coal, the shift has been remarkable, and still building pace. It seems absolutely safe to say that if not 2030, by 2040 definitely almost every developed country in the G 20 would be primarily green power driven. Even China, which along with India, burns and has plans to keep burning coal for a long time yet, might make a faster transition if some of the nuclear power improvements hit the market quickly enough.

But the story in India is quite different. With an energy sector that is still massively coal powered, we decided to look at India’s top 5 power producers, spread across the  public and private sector, and all listed in the stock markets, to see just where they stand with their renewable energy plans. Keep in mind that sluggish growth in overall demand, plus the covid impact, besides the support for the coal sector makes it a much tougher call than most other markets to shift to renewable energy in India, even today.

Interestingly, each of these firms have a play on the distribution (discom) side too, giving them a strong opportunity to consider expansion there, instead of renewable energy, as a couple seem to have decided. Even NTPC, which has hitherto stayed out of the distribution side,has thrown its hat into the ring for a possible entry with a buyout of the Delhi discoms. But  that’s a story for anther day. For now, lets look at the list.

Starting off at the top of the list is NTPC Limited, the largest by far. Currently, With a total installed capacity of 62910 MW, NTPC Group has 70 Power stations comprising of 24 Coal, 7 combined cycle Gas/Liquid Fuel, 1 Hydro, 13 Renewables along with 25 Subsidiary & JV Power Stations. But it is the future where NTPC makes for interesting reading.

While it has not formally announced a complete halt to its coal expansion, it has given enough indications that it wont be adding any fresh coal capacity plans for its future capacity additions. Instead, NTPC has gone ahead and announced its ambition to add 10 GW of solar energy capacity by 2022.That’s a massive jump over its 920 MW capacity right now. It also has a long term plan to become a 130 GW company by 2032 with 30 per cent non-fossil fuel or renewable energy capacity. That’s close to 40 GW of renewable capacity.

NTPC is well placed to achieve those numbers, as the renewable energy implementing agency appointed by the MNRE to facilitate the application of connectivity and long-term access (LTA) in the interstate transmission system network. That means, as an intermediary, it will procure power from renewable energy generating stations and sell it to one or more distribution licensees too. 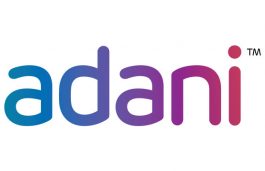 Following NTPC is the largest private sector power producer, the Adani Group. The group, present across the power sector be it thermal, renewables, manufacturing or transmission, is a power giant that can influence the renewables shift like few can in India.

With close to 14 GW  of thermal capacity, the group declared 89 percent plant availability for the long term PPA’s linked to these, explaining just why it wont be getting out of thermal anytime soon. Group  firm Adani Green Energy Limited is its big push into renewable energy, and by Q1 this year, it   reported operational solar capacity of 2,198 megawatts.

Along with its operational wind capacity of 247 MW at the end of June,  AGEL had total renewable capacity of 2,595 MW for the first quarter of fiscal 2021. That’s an impressive number by any stretch, especially when you add its recent win for 8000 MW solar capacity. Besides that, it already had a total of 11,395 MW capacity under implementation, 8,425 MW of which is solar PV capacity, 1,280 MW is wind capacity while the remaining 1,690 MW is hybrid wind and solar capacity.

At 1690 MW, it claims to have the largest hybrid renewable (solar and wind) portfolio in India. Add to this mix its leadership in solar cell and module manufacturing, and the group is a very formidable presence indeed in the future of renewable energy in India.

Of course, the big mystery with the group remains its attachment to coal, especially Australian coal, where it has made a huge bet in Queensland’s Carmichael mines, coal from where will be imported by 2021 end presumably. Especially at a time when fresh power demand can easily be met by renewable energy capacities coming up, or coal sourced domestically from an under performing Coal India limited. However, with a stated ambition to become the world’s largest solar power company by 2025 and the largest renewable power company by 2030, the Adani group continues to ensure that it sets the direction, and does not follow others, in renewable energy now.

As of May, 2020. Figures for Adani Group have been combined for Adani Power and Adani Green Energy Limited. 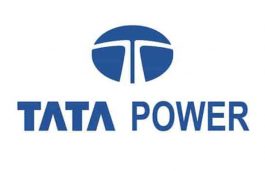 The third largest power producer is the venerable Tata Group’s Tata Power. The 105 year old firm, together with its subsidiaries & jointly controlled entities, has an installed capacity of 12,742 MW.  With clean and green including renewable energy assets including solar and wind accounting for 36% of the company’s portfolio at 3883 MW, This has 932 MW Wind, & 1705 MW Solar.

The firm has also made by far the most aggressive push into rooftop solar too, across residential, institutional and commercial segments. In doing so, it has brought in its experience as a generator as well as distributor of power in key Indian metros  to the rooftop solar segment. It also has a small manufacturing capacity for 400 MW of modules and 300 MW of solar cells, most of which is used for internal consumption. Expect a possible expansion here too.

It has also opened up opportunities in solar pumps, a key growth market, besides solar microgrids where its firm – TP Renewable Microgrid Limited (TPRML), in partnership with the Rockefeller Foundation is  the world’s largest microgrid developer and operator.

Tata power also remains the only top power producer which has made an unequivocal commitment to renewable energy, by announcing a decision to move away from fresh thermal capacity creation. It is also dabbling in battery storage and electric charging, thanks to its distribution reach, through joint ventures or own efforts in these sectors. Dogged by its poor experience at its largest and most ambitious 4000 MW coal power station at Mundhra, the firm seems to be a full convert to the renewable economy, and can be expected to back it strongly. 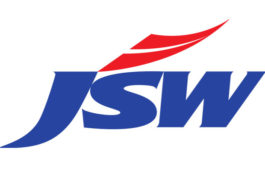 Following closely in the list is JSW Energy, from the Jindals. JSW Energy, which has been in the news recently for backing out from a deal to acquire GMR Energy’s thermal plant, currently has an installed generating capacity of 4,559 MW, out of which 3,158 MW is thermal power, 1,391 MW is hydropower and 10 MW solar power.

While the GMR buy would have added 1050 MW to its portfolio, the thermal addition would have made the firm look even more incongruous in the list of top power producers and their renewable plans. In its 2019 annual report, the company has cited its strong balance sheet to highlight its plans to grow its power portfolio to 10 GW, with incremental additions to primarily come from renewable energy opportunities that it spots. Whether that means acquisitions of existing assets, or fresh capacity build up, only time will tell.

Finally, we have Torrent Power from the Gujarat based Torrent group. The firm is an interesting firm in the sense that it has a high share of gas based power generation, that it counts as clean energy too. So out of the 3879 MW of capacity it has, it claims that only 10 percent is coal based, while 70 percent is gas based (2730 MW), with renewable energy making up the remaining 20 percent (787 MW- Solar 138 MW, Wind-648 MW)).

Interestingly, the firm hasn’t yet had a very fulfilling experience with its renewable energy forays, with its 2019 report declaring that 615 MW of renewable energy projects under development are likely to be abandoned due to unforeseen issues, including land allotment. The firm has put a pause on its bidding for fresh renewable projects accordingly, focusing instead on possible investments into solar and wind projects to service Renewable Purchase Obligations of its distribution entities.

Especially in key cities in Gujarat, its home state where it holds distribution licenses for industrial cities including the capital Ahmedabad, besides Surat and Dahej. it also holds licenses for Bhiwandi in Maharashtra and Agra in Uttar Pradesh.

In this report, we have kept out NHPC Limited, India’s largest hydro Power based firm, which has an installed capacity of over 6.7 GW. As its mandate is primarily Hydro based, we decided to keep it out for now, although even NHPC, through the intermediary route, has diversified into Solar power with its recent 2 GW ISTS connected auction.