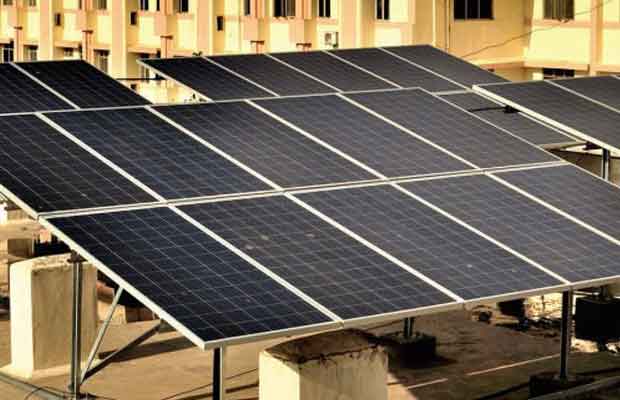 Moving towards a renewable energy to reduce dependence on coal for electricity, Mumbai’s Don Bosco Schools to get solar energy system.

Don Bosco Organization, which runs five schools and one college in Mumbai, plans to move towards a zero energy setup- reducing the use of coal for electricity and increasing the consumption of solar energy by 60%.

Mumbai receives 300 days of sunlight a year, making it easily possible to move away from the usual carbon-emitting process of burning coal and gas for electricity. At 3000 megawatt (MW) a year, the city consumes a major part of the energy generated in Maharashtra. A two bedroom-kitchen household in Mumbai daily uses 8 (kilowatt) KW power daily. As part of the plan, the institution and its environmental organization Green Line will add more solar energy panels to increase the capacity of their existing solar power network from 160 KW to 260KW. The project is likely to be completed by the end of March. On an average, a 1KW unit costs Rs1 lakh.

“Moving to solar energy is a lucrative and longstanding solution to the environmental problems,” said Father Savio Silveira, director, Green Line. “The initiative is aimed at making educational institutes adopt environment-friendly systems and reduce the use of power from the grid. Electricity generation is our way of reducing global warming. We hope to achieve a ‘zero energy’ status in the next two years.”

The project was started at Don Bosco High School, Matunga, and Don Bosco Provincial Building (headquarters for the solar panel project) by setting up a 10KW unit in 2015. The group now plans to add another 50KW to the unit. Similarly, Don Bosco High School and Junior College, Naigaon, and Don Bosco Senior Secondary School, Nerul and Navi Mumbai will add more solar energy panels, boosting the capacity of the network to 40KW, from the existing 20kW.

The group’s St Dominic Savio High School in Andheri and St Joseph’s High School in Wadala have a 10KW unit, while their Don Bosco Institute of Technology, Kurla gets power from an 110-KW solar panel. According to experts, a 20KW unit helps bring down the electricity bill for a month by 30%, while a 60KW unit reduces it by 70%. The 110-KW unit at Kurla, which is spread across a large area, has high power consumption and will bring down electricity costs by 25% a month.

Father Flouvi Dsouza, Principal, Don Bosco High School and Junior College, Naigaon, said, “The new solar rooftop setup will take care of 70% of our electricity needs. As we have frequent power cuts in the area, this initiative acts as a supplement and also reduces diesel consumption of generators.”

“The electricity system of cities like Mumbai, Navi Mumbai and Pune can be changed if buildings start producing their own electricity and move towards the concept of zero energy homes and schools,” said Ranjan Banerjee, head of the department, department of energy science and engineering, IIT-Bombay. “Don Bosco’s efforts are commendable as they are not only using a cost-effective solar energy system, but are reducing a large carbon footprint.”