Solar Projects Worth 47 MW Commissioned in Gujarat and Karnataka

SolarArise and GACL have announced the successful commissioning of their solar power projects worth a combined 47 MW capacity in Karnataka and Gujarat. 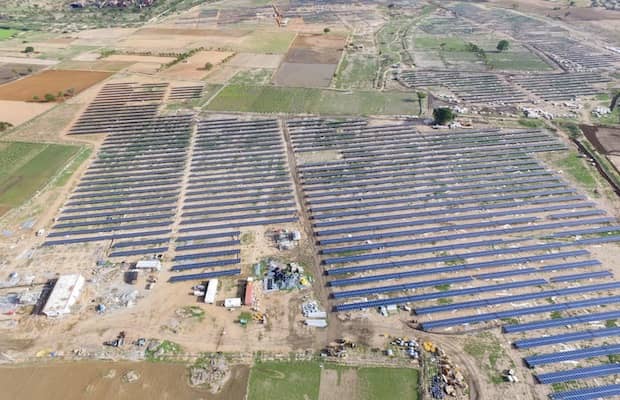 SolarArise India and Gujarat Alkalies and Chemicals (GACL) have recently announced the successful commissioning of their solar power projects worth a combined 47 MW capacity in Karnataka and Gujarat.

The first project of 27 MW capacity has been commissioned by ThomasLloyd’s investee SolarArise, a Delhi-based solar project developer. The plant has been put into commercial operation in the Kerehalli Village in Koppal District.

According to the company statement, the new solar power project will operate under Talettutayi Solar Projects Two Private Limited, a special purpose vehicle set up by SolarArise. It has a 25-year Power Purchase Agreement (PPA) with the Bangalore Electricity Supply Company Limited (BESCOM). The project is expected to generate approximately 47 million kWh/year of solar energy in Karnataka.

For ThomasLloyd, Nandita Sahgal Tully, Managing Director Merchant Banking, said that the commissioning of the site is a major milestone towards providing clean electricity to around 42,000 people in the Karnataka region. “We are proud to have been part of this project supporting India’s goals for a clean-energy future.”

The second project of 20 MW capacity has been installed by GACL in Charanka, Gujarat. In a corporate filing, the company announced that “in continuation of our earlier disclosures made on the above subject vide our letters dated February 7, 2018, and June 1, 2019, we would like to further update you that remaining 12.5 MW solar power project was commissioned on September 16, 2019.

With this, the commissioning of the entire 20 MW solar installation in a phased manner at Charanka, is completed. Thus, the total installed capacity of solar projects now stands increased to 35 MW.”

In the first phase, in 2018, GACL commissioned 15 MW of capacity. The project was entirely for the company’s Vadodara complex. In its second phase, it commissioned the present 20 MW capacity of the solar project.

Recently, we had reported that Tata Power, India’s largest integrated power company, has announced that its wholly-owned subsidiary Tata Power Renewable Energy (TPREL) has commissioned a 150 MW solar capacity project in Pokharan, Rajasthan. The company had won this capacity in a bid at a tariff of Rs 2.72/kWh announced by the Maharashtra State Electricity Distribution Co. (MSEDCL) during May 2018.