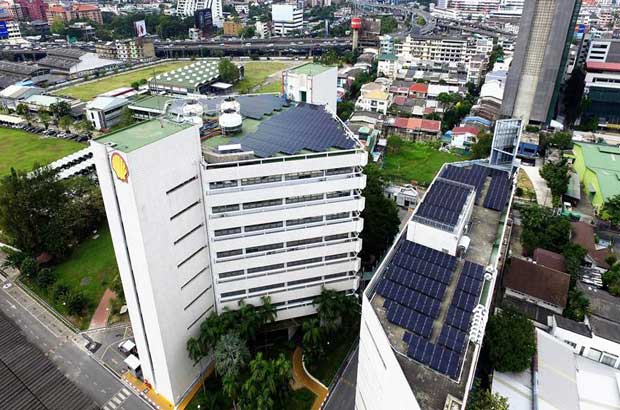 Solar Frontier’s CIS thin-film solar panels are 119.68 kW in size and are installed on two rooftops of Shell House HQ in Bangkok

Solar Frontier has announced the installation of its CIS thin-film solar panels at two buildings at the Shell head-quarters in Thailand. The project was constructed by Energy Pro Corporation Ltd., a Thai solar power EPC specialist that has worked with Solar Frontier on multiple other projects.

Solar Frontier’s CIS thin-film solar panels are 119.68 kW in size and are installed on two rooftops of Shell House HQ in Bangkok. Expected annual power generation is 179,479 kWh and all power generated will be for self-consumption, leading to an expected level of CO2 reduction of 104 tons over the first year.

Asada Harinsuit, Chairman, The Shell Companies of Thailand, and Vice President, Retail East said, “This initiative follows from a similar programme last year where we had solar panels installed on the roofs of two of our Shell retail stations in Thailand. We see our efforts here as helping to contribute to Thailand’s renewable energy goals as well as to reducing Shell’s CO2 levels across our organisation.”

“We are pleased to have our CIS thin-film panels chosen by Shell Thailand for their HQ buildings. As Solar Frontier’s premium CIS thin-film solar panels have been designed with real world conditions in mind, they are a reliable solution year-round to help achieve CO2 reduction, promote green energy and save electricity” said Yuichi Kuroda, Executive Officer of Solar Frontier.