The Vice President of India, M. Venkaiah Naidu has called for the promotion of new and renewable energy in a big way. He said moving to renewable would not just ensure energy security but also protect the climate, reduce pollution. 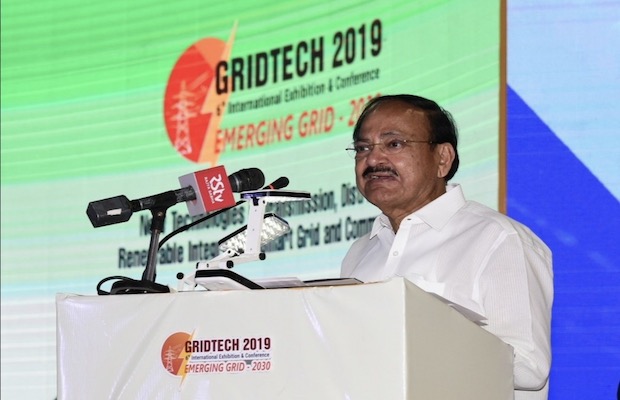 ‘Adequate growth in renewable energy would serve a dual purpose – firstly, it would contribute towards achieving energy security to the nation and it would address the environmental concerns, which need to be tackled on a war-footing,’ he said.

Naidu also called for the promotion of clean and green mode of transport, such as Electrical Vehicles (EVs) on a large scale. He said that they have the potential to save foreign exchange on crude oil import apart from reducing carbon emissions. He also called for inclusion of renewable energy provisions right from the planning of towns.

He added that the world was looking towards India for investments and opined that India’s economic growth was the main factor for the new found enthusiasm of the world community.

Opining that rapid urbanisation led to increased energy demand and rise of Green House Gas (GHG) emissions, he urged technologists to find new methods for tapping the huge potential in the renewable energy sector and also wanted them to educate the common man on the need to cut down GHG emissions.

Pointing that connectivity and electricity were key to development, he stressed upon the need to address challenges such as pilferages in transmission and distribution. He suggested developing a suitable transmission and distribution system to facilitate renewable integration. ‘Smart grid technologies used by many countries would have the potential to solve the challenges,’ he added.