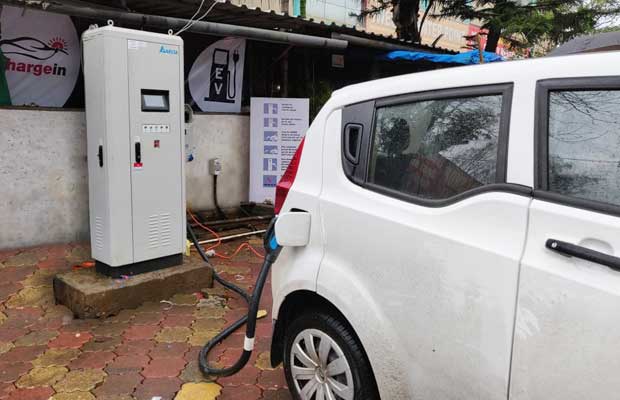 Boosting the business side of adopting electric vehicles at various commercial and residential complexes, JERC has fixed a tariff plan for EV charging stations in Chandigarh. In its latest order, the regulatory commission has fixed Rs 4 per unit and Rs 100 as a fixed monthly charge on electricity bill for the charging stations.

Recently, the UT electricity department of Chandigarh, in its power tariff petition, had proposed a tariff plan for such stations, which the administration plans to set up in different parts of the city. Earlier, the UT electricity department had proposed Rs 5 per unit in the slab of 0-150 units; Rs 5.30 and Rs 5.60 per unit for 151-400 units and above 400 units, respectively. However, the commission did not fix slab-wise tariff and rather went in for a fixed Rs 4 per unit.

The Central government has already framed a National Electric Mobility Mission Plan, which aims at promoting hybrid and electric vehicles in the country. The UT administration is working on promoting such vehicles. Two years ago, a team of the transport department had visited Nagpur, which was the first city in the country to have vehicle charging stations, to study the set-up. Recently, NITI Aayog to plans to switch to supporting only electric two and three wheelers starting from 2023.

Last year, the JERC had turned down UT’s power tariff proposal for vehicle charging stations. The proposed rates were higher than the prevailing charges in other categories, which included domestic, commercial, small supply, medium and large supply.

Chandigarh currently has the highest vehicle density in India, with around 12-lakh registered automobiles. This has led to a sharp deterioration of the air quality. To cut down the pollution level, the Chandigarh Transport Undertaking (CTU) plans to induct electric buses in its fleet. The ministry of urban development has given a green signal to CTU to purchase 20 buses in the first phase. One bus will cost around Rs 5 crore and the Central government has agreed to fund 60% of the cost. At present, around 3,000 e-rickshaws are plying the city.