CREST, or the Chandigarh Renewable Energy and Science & Technology Promotion Society, a society under the department of science and technology, Chandigarh Administration, has come up with a model to drive higher solar use. Expanding the RESCO model to residential houses. 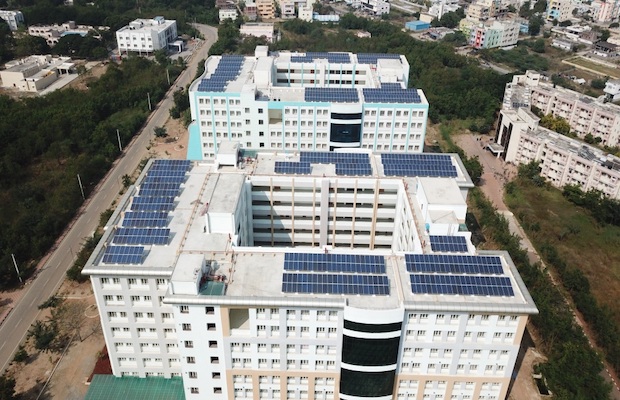 The planned move by CREST is really interesting because it tries to tackle one of the biggest barriers to faster rooftop solar adoption. Financing, and the risk of asset protection, as the assets are installed at the borrower’s property. CREST Director Debendra Dalai says that according to the plan,  residents will have the option of adopting the Renewable Energy Service Company Model (RESCO), wherein approved companies will bear the cost of installing the rooftop solar on their properties. For this, the residents will benefit from lower tariffs, with the ownership of the solar setup being transferred to the property owner at the end of a maximum of 25 years.

It may be noted that despite deadlines, Chandigarh has not had the sort of success it hoped for with a compulsory rooftop solar scheme for corporates even.

The idea here is that the rooftop plant will be installed under the net metering model, with both maintenance and collection of subsidies from the government being the operating firm’s job.

While the plan looks to tackle a very important bottleneck to faster solar adoption, namely, upfront capital cost, we believe it has one critical weakness. The whole plan is built on the assumption of ever-rising power tariffs, wherein the operator recovers its investment with the difference between the tariff rate and the benefit the property owner gets. We believe that with the pace of changes being seen currently, India’s power tariff rates, which are set to move up in the short to medium term, will simply have to either slow down to a zero growth rate or in some cases, might even drop. This will simply be a function of the cost of new capacity being added to the grid, which is headed lower, as compared to the rates between the period 2005-15 period when even PPA’s were frequently being signed at rates of Rs 5 and more.

Thus, rather than a pure RESCO model, firms might be better off with a hybrid model where residents simply get a guaranteed freeze on their power costs for a fixed period, with the developer pocketing the difference and other subsidy benefits till the time the cost is recovered. That way, the handover of the asset to the resident can also possibly happen faster, making the transaction itself that much more ‘real’ and feasible for all concerned. A seven to 10 year period should be the longest one should target, for a handover.

Not only can financing be provided much more easily for this shorter term, but the quality of participating members might possibly improve too, with more serious cases. In any case, anyone with the space to host a significant solar installation of say, 3 KW or more, is hardly likely to be unable to share even a part of the cost.