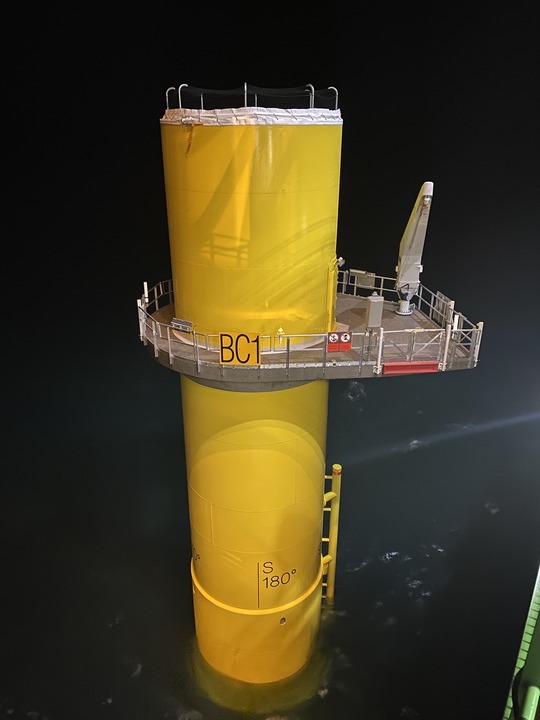 Ørsted has started constructing its first offshore wind farm in the Netherlands by installing the first foundations at the 752 MW Borssele 1 & 2 offshore wind farm, marking an important milestone for the project.

Henrik Egholm, EPC Director for Borssele 1 & 2, says: “It’s great that the installation has started now, according to plan. We’re very well on track with the construction of the wind farm. Borssele 1 & 2 will be operational end of this year.”

Jan Wind, Senior Project Manager for Borssele 1 & 2, said that the first monopile installed was also the heaviest and tallest on the wind farm, weighing 1,188 tons and measuring 76 meters. The diameter at the bottom of the foundation is 8.5 meters, wide enough to hold a football goal.

Borssele 1 & 2 is located 22 kilometers off the coast of the Dutch province of Zeeland. At water depths ranging from 14 to 39.7 meters, a total of 94 monopile foundations will be installed at the wind farm. Starting in April, the 94 Siemens Gamesa 8 MW wind turbines will be installed.

In November, the firm had officially inaugurated Taiwan’s first commercial offshore wind farm named Formosa 1. The commissioning of Formosa 1 marked a milestone for Taiwan’s entry into the offshore league.