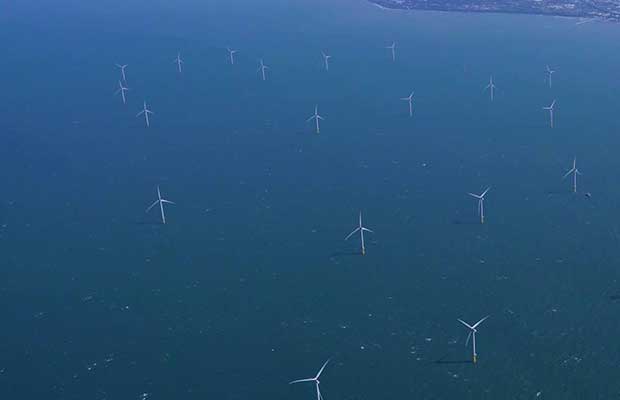 The commissioning of Formosa 1 marked a milestone for Taiwan’s entry into the offshore league, says GlobalData, a leading data and analytics company.

As per the data and analytics company, this is the first offshore wind project in the Asia-Pacific (APAC) region for Ørsted, which has worked with its partners to secure NT$18.7bn ($612m) to build the wind farm.

Commenting on the development, Harminder Singh, Director of Power at GlobalData, said “Taiwan is being much talked about as an investment destination for offshore wind. A good number of the world’s biggest international players are attracted by the island’s strong winds, shallow coastline and stable regulatory framework, as well as the availability of 20-year power purchase agreements with a feed-in-tariff.”

“The Taiwanese Government is focusing more on the offshore segment of the wind power market, as there is limited land area available, along with large potential offshore resources. The entire 5.5GW of offshore capacity has already been allocated through a grid allocation process in April 2018 and a competitive auction in June 2018. Auctions of an additional 4.5GW for post-2025 commissioning is being planned and a third-round development auction design is expected to be announced in Q4 2019,” he also said.

Besides the attractiveness of Taiwan’s offshore sector, another reason for European companies to enter this market is to gain a stronghold into other Asian countries like – Japan and South Korea, which are yet to adopt offshore wind. Other European players like – WPD, Cobra Concesiones and EOLFI have also joined the race for early movements in the region.

He further concluded that “these developments go on to substantiate the bright prospects for offshore wind in Taiwan. If the plans outlined by the government materialize, Taiwan would be among the top ten countries in terms of offshore wind capacity by 2030.”