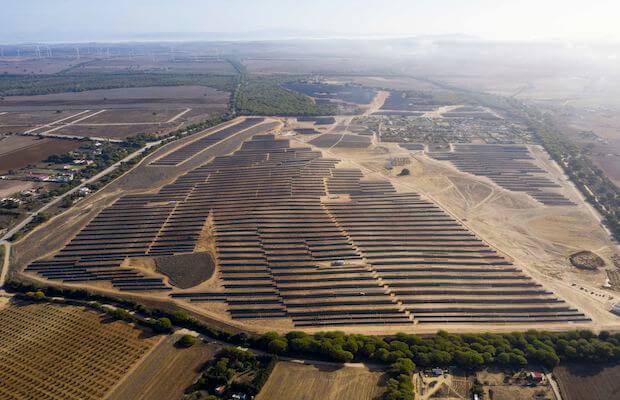 OPDEnergy, a company specialising in the development, financing, construction, and operation of renewable assets, has announced the completion of construction work on its new solar PV plant Zafra, located in Alcalá de Guadaira (Seville), Spain,  specifically on the plot adjacent to Venta El Nevero, near the Utrera road.

OPDEnergy has been supported by Marguerite, a European investment fund, to carry out this project in which both groups have invested more than 32 million euros. The collaboration between both companies will continue with other investments already planned. The debt financing has been structured as Project Finance, and a PPA has been signed with Centrica to formalise the purchase and sale of the energy generated at the OPDEnergy plant.

The solar PV plant, which covers an area of 127 hectares, has enough capacity to guarantee the energy supply of nearly 30,000 homes. This guarantee is possible thanks to its installed power of 50 MWp. The plant is equipped with 7 energy conversion centres for its transport to the general network and 135,090 solar modules.

With its start-up, the Seville photovoltaic plant will prevent the emission of 40,000 tons of CO2 into the atmosphere per year, according to the emission factors published by the Spanish Office for Climate Change (OECC).

The solar plant Zafra is one of the many projects that OPDEnergy is developing in Andalusia, a community in which the group has several plants under development and connected to the grid, resulting in a significant impact in terms of job creation.

According to Luis Cid, CEO of OPDEnergy, “the connection of the Zafra plant shows the wide capacity of our company for the implementation of projects. At OPDEnergy we are convinced of the growing need to implement renewable energies in the different regions of Spain and this project significantly contributes to the positioning of the province of Seville in terms of sustainability.”

The firm has also announced the completion of the construction work on its 50 MW Miramundo solar PV plant in the town of Puerto Real (Cádiz), specifically on a plot adjacent to the El Pedroso road.

The project also has an installed power of 50 MW and has the capacity to guarantee the energy supply of nearly 30,000 homes. The photovoltaic plant, which occupies an area of 111 hectares, has 133,000 photovoltaic modules, around 1,507 single-axis solar trackers and 18 2.5MVA photovoltaic inverters, as well as a 50MVA 30/132kV substation and a 1.3 km LSAT for the evacuation of energy to the general network.