Enel Green Power España, Endesa’s renewable energy subsidiary, has connected 4 wind farms to the grid in Spain, with a total capacity of 98 MW 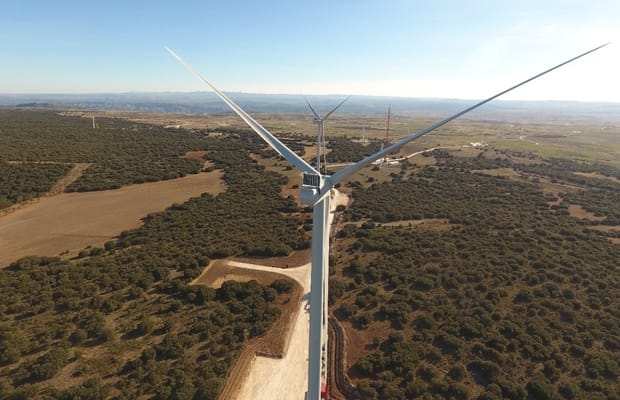 Enel Green Power España (EGPE), Endesa’s renewable energy subsidiary, has connected the El Campo, La Estanca, Loma Gorda and Santo Domingo de Luna wind farms to the grid in Spain. Together, these four wind farms have a total capacity of 98 MW and have involved a capital expenditure of EUR 100 million.

They are located in the province of Zaragoza and with them, the number of the company’s wind farms commissioned in the region of Aragon in recent weeks, following the Sierra Costera I (Teruel) and Campoliva I, Campoliva II and Primoral plants (Zaragoza), rises to eight.

José Bogas, CEO of Endesa, said that “Endesa is already finishing up grid connection of the 879 renewable MW awarded in the 2017 auction, which demonstrates the company’s determination to meet the commitments it acquired in the tender called by the government. This represents a major step forward in Endesa’s commitment to clean energy production, which is one of the cornerstones of Spain’s energy transition policy.”

EGPE was awarded 540 MW of wind power and 339 MW of solar energy in the government auctions held in May 2017, which entail a total investment of more than EUR 800 million. The company has so far connected 339 solar MW and some 285 wind MW to the grid and is completing the construction and connection of the remaining wind projects, which will be ready by the end of the year.

The El Campo wind farm, composed of six turbines, will be able to generate 75 GWh a year, enough energy to supply 19,100 families. It’s coming on stream will prevent the emission of more than 49,000 metric tons of CO2 annually into the atmosphere.

The Loma Gorda wind farm, consisting of seven turbines, will be able to generate 70 GWh a year, enough energy to supply 17,800 families. The Santo Domingo de Luna wind farm has a capacity of 30 MW and nine wind turbines. It will produce 116 GWh per year, enough to supply 29,500 households and prevent the annual emission of 76,000 metric tons of CO2 into the atmosphere.

The construction of this renewable capacity is in line with Endesa’s strategy of completely decarbonising its generation mix by 2050. According to the company’s latest Strategic Plan, the next milestone is to reach 10.2 GW of renewable installed capacity by 2022, compared with the estimated 7.4 GW by the end of 2019, with a total investment of some EUR 3.8 billion.