Despite its numerous advantages against silicone solar PV panels, Organic solar cells have faced an issue of corrosion from Moisture. 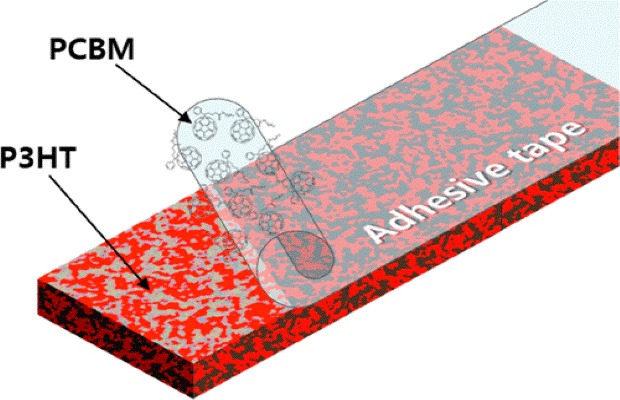 The researchers at the New York University Tandon School of Engineering have discovered a remarkable means of making organic solar panels more robust, including conferring resistance to oxygen, water and light by doing the opposite: removing, not adding, material.

The team, led by André Taylor, professor of chemical and biomolecular engineering at the NYU Tandon School of Engineering, and including Jaemin Kong, a post-doctoral researcher at NYU, and researchers at Yale University’s Transformative Materials and Devices lab, performed the molecular equivalent of hair removal by waxing: they employed an adhesive tape to strip the electron-accepting molecules — the conjugated fullerene derivative Phenyl-C61-butyric acid methyl ester (PCBM) — from the topmost surface of the photoactive layer of the solar cell, leaving only non-reactive organic polymers exposed.

One of the major culprits in organic solar panels degradation is the oxidation of these fullerene derivatives.  Removing PCBM from the exposed film surface reduces the chance of encounters with oxidation sources such as oxygen molecules and water, the latter being especially damaging to PCBM.

“Our results finally demonstrate that the selective removal of electron acceptors near the top electrode leads to highly durable organic solar cells that can even function underwater without encapsulation,” said Taylor.

The research shows that only six percent of the PCBM acceptor components remained, according to the investigators, creating a polymer-rich surface. They explained that this minimized contact of the fullerene electron acceptors with oxygen and water molecules, while the polymer-rich surface dramatically enhanced the adhesion between the photoactive layer and the top metal electrode, which happens to prevent another problem that comes with flexion: delamination of the electrode.

Added Kong, “We demonstrated how much longer the cell lasts under exposure to water without significant efficiency loss,” said Kong. “Moreover, using our tape stripping technique we can control the compositional distribution in a vertical direction of the photoactive layer, which consequently leads to better charge extraction out of the solar cells.”

Taylor said post-procedure stress tests included subjecting the solar units to 10,000 cycles of bending to demonstrate that the technique is robust. He explained that it also confers water resistance to organic solar cells, a boon for products such as solar-powered diving watches.