The new models feature Casio’s Tough Solar Power technology, which consists of a solar panel system that converts light to electricity and eliminates the need for battery changes. 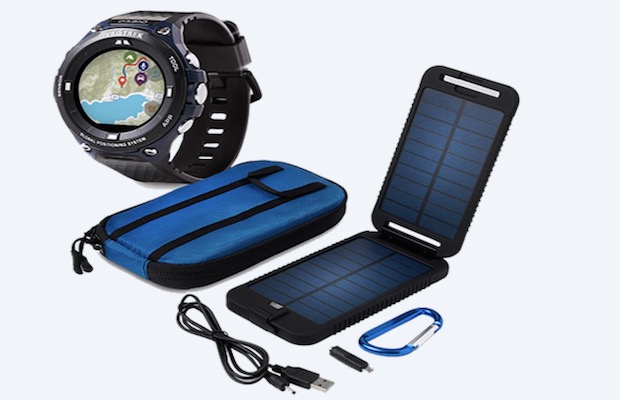 Casio America, Inc., the U.S. subsidiary of Casio Computer, one of the world’s leading manufacturers of consumer electronics and business equipment solutions, has announced the addition of three new timepieces to its well-known PRO TREK collection.

The new Vivid Series, including the PRG330-2A, PRG330-4A, and PRG330-9A, boasts a vibrant design, smaller case, and is outfitted with all of the innovative features PRO TREK is known for.

The new models feature Casio’s Tough Solar Power technology, which consists of a solar panel system that converts light to electricity and eliminates the need for battery changes. Users don’t have to worry about sustaining a charge as the new models consume 90 percent less battery than earlier models.

Additionally, the new watches are equipped with Casio’s Triple Sensor Version 3 Technology, the new timepieces include a direction sensor for compass readings, pressure sensor for altimeter/barometer readings and a thermosensor for temperature. The altimeter has a higher resolution (1-meter vs. 5-meter increments) and provides faster measurements than its predecessors by four seconds (1-second intervals vs. 5-second intervals). For those who enjoy going off trail, each timepiece is outfitted with a digital compass with bearing memory.

Tags: CASIO, CASIO PRO TREK, PRO TREK
"Want to be featured here or have news to share? Write to info[at]saurenergy.com