For people entertaining thoughts of installing rooftop solar penal system, the State government would provide subsidy of 30 per cent only when the system is of at least 10kW or more. Western Region Power Distribution Company MD Aakash Tripathi made this revelation during a seminar organized on “MP policy for decentralized renewable energy system-2016” here at Pritam Lal Dua Aduitorium.

“For installing 10kW system, 1000 SQF terrace is required,” he said while addressing the seminar. 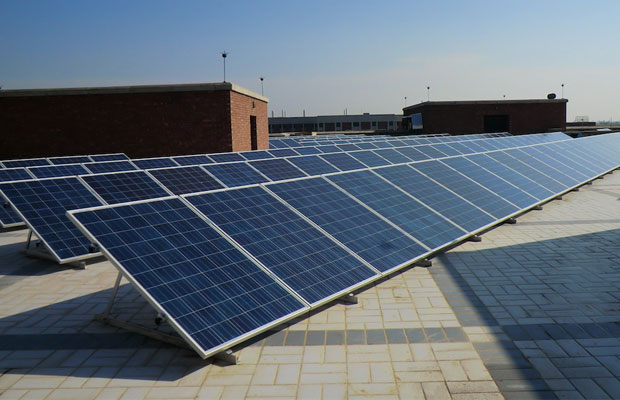 Tripathi said that the West DISCOM has written a letter to Ministry of New and Renewable Energy (MNRE) proposing to become a nodal agency. “Currently, there is only one nodal agency in the state and that is Urja Vikas Nigam.”

To encourage people to opt for renewable source of energy, the MD said that the Discom has decided to purchase solar power from rooftop systems at a cost of Rs 3.43 per unit. Net-metering system has allowed consumers to generate solar power for their own use while feeding the surplus into the network of distribution companies.

“Those with a solar power panel installed on the rooftop can use it to run appliances during the day time. At other times, they will use the power from the grid. So, whatever is surplus can be fed into the Discom’s network,” Tripathi said.

He said that people investing establishment of solar panels in 1000 SQF area would get their return in four to five years. He stated that DISCOM has registered as many as 11 vendors for supply of solar panel and providing services to consumers. The MD further said that though promoting use of renewable source of energy is not in the commercial interest of DISCOM but it has still decided to do so in the larger interest of the country.

To a query regarding the Chhattisgarh government’s additional 20 per cent of subsidy, Tripathi said that the power to take such decisions lies with state government and not DISCOM.