MiaSolé has announced that the U.S. DOE’s NREL has independently confirmed a 20.56 percent cell efficiency for a flexible thin-film solar cell 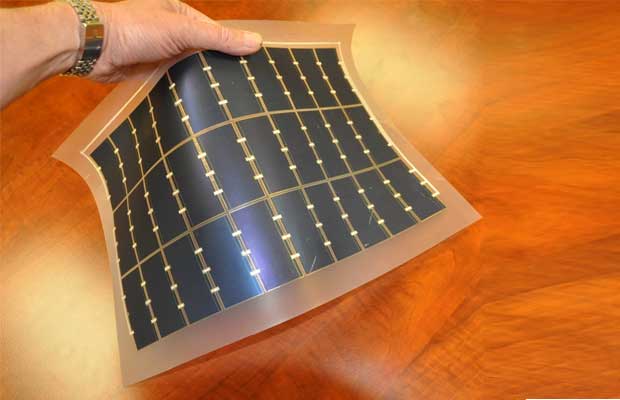 MiaSolé, the US-based subsidiary of Hanergy, has announced that the US Department of Energy’s National Renewable Energy Laboratory has independently confirmed a 20.56 percent cell efficiency for a flexible thin-film device (0.86cm2) deposited on a stainless steel foil. Setting a new internal record for MiaSolé, for its (CIGS) thin-film solar technology.

The films deposited for this cell were produced directly from the MiaSolé Roll Coater production line in Santa Clara, California using an advanced process that incorporates multiple breakthroughs for delivering select alkali elements as well as precise compositional control of the Ag-alloyed CIGS absorber. The processes that enabled this high-efficiency device are directly transferable to high volume manufacturing.

“Our innovative continuous deposition system enables us to rewrite the process development playbook. By experimenting at the manufacturing scale, we can bring high-efficiency thin-film solar cells into production at a faster rate,” said Dr. Neil Mackie Senior Director of Process Development at MiaSolé. “Seamless integration of manufacturing methods into advanced process development is already enabling the next generation of high efficiency and high-reliability thin-film solar products from MiaSolé.”

Recently, Hanergy announced that it has completed the installation of what it’s claiming is the biggest Photovoltaic (PV) glass curtain wall project on a single building in China.