Increasing the Efficiency of Solar Cells Using a Magnetic Field

A team of researchers at the Indian Institute of Technology, Hyderabad have developed a way to increase the efficiency of third generation solar cells using a magnetic field. 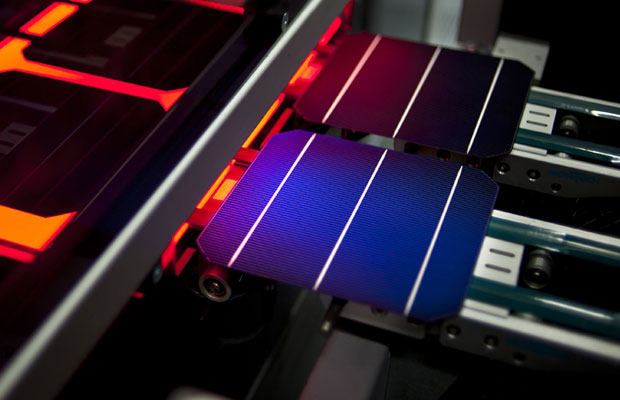 Working with dye sensitised solar cells (DSSC), the team led by Jammalamadaka Suryanarayana, Associate Professor, Department of Physics at IIT Hyderabad has shown that the incorporation of magnetic nanoparticles (Fe3O4) in the anode can enhance light-to-power conversion efficiencies.

There is much promise for dye sensitised solar cells because of cost and environmental benefits possible and it is expected that with improvements in performance, DSSCs could outdo mature silicon-based solar cells. The worldwide DSSC market is projected to reach USD 60 million by 2023, but such a market can be tapped only with efficiency improvements, researchers said. The research, which was published in the journal Solar Energy, can contribute towards global efforts to bring DSSCs into real-life applications.

“Photovoltaic or solar cell technology has been around since 19th century and we are now seeing the third generation of cells,” said Suryanarayana. “The first-generation silicon-based cells, with energy harvesting efficiency of about 26 percent, continues to be costly. Second-generation thin film solar cells based on semiconductors like CdTe and CdSe have comparable efficiencies, and not much lower cost. The third generation of DSSCs can significantly lower the costs of solar cells while being environmentally friendlier than the earlier generations.”

However, the team believes that the efficiencies of DSSCs need improvement to translate to practical products. The efficiency of these cells continues to hover around 13 percent and there is considerable research all over the world to improve its performance.

The team used a unique approach to improve the output of the DSSC. “In simplistic terms, a dye molecule (N719) absorbs the light energy in DSSC and causes electrons in the dye to jump to titania and then to the external circuit, which causes a flow of electrons, leading to a current,” said Suryanarayana. The introduction of Holmium oxide (Ho2O3), a powerful paramagnetic material, into the anode of the cell resulted in an enhancement in the power conversion efficiency.

It has been long known that the motion of electrons is affected by magnetic fields and application of such fields can influence the trajectory of electrons in the device, researchers said. The team applied external magnetic fields to the solar cell and noticed that there were significant improvements in the output.

Although the application of external magnetic field in combination with Ho2O3 gave an enhancement, it can be parasitic because electromagnets themselves require energy for their functioning, researchers said. They then added magnetic nanoparticles (iron oxide) to the anode, instead of paramagnetic Ho2O3, in order to utilise the internal magnetic field produced by these particles.