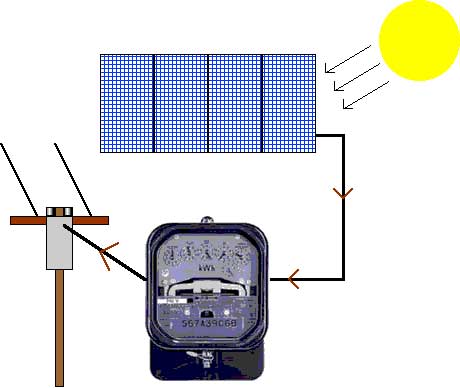 The Dakshin Haryana Bijli Vitran Nigam (DHBVN), in an effort to ratchet up solar power generation, will take steps to make net meters easily available in the city.

Sudhir Chabbra, Chief Engineer (commercial), has directed all subdivision officials to ensure a hassle-free procedure is followed to get net meters installed at consumers’ homes.

There were allegations that some consumers are not getting the rebate mandated as per the solar policy owing to some glitches in net meters. On Thursday, the chief engineer (commercial) wrote to senior officials of DHBVN in Hisar, stating that accounting of solar power generation and rebate is not being carried out properly at many rooftop solar plants set up by consumers.

“This is creating a lot of hardships to consumers, and is adversely affecting the scheme,” the letter read.

This hurdle poses a serious concern as the department is taking all efforts to scale up the drive to ensure maximum number of consumers install rooftop panels.

“The scheme is designed to tackle air pollution arising out of the use of diesel gensets across Gurgaon,” an official said.

The chief engineer asked billing agencies concerned to ensure that proper accounting is carried out through net meters and rebates are given to eligible consumers.

“It has also been instructed that field officials should also be sensitized on the issue and a simplified procedure for initiation of billing should be sent to all sub-divisional officials so that the computer-generated billing can be launched by March 31.”

In an attempt to lure more people into adopting solar power generation, the Haryana government came up with the grid-connected solar plant scheme in 2014, making it mandatory for consumers with area up to 500 square yards to install solar power panels at their houses, for which the government will award them “bountiful” subsidy in power consumption. The same policy has been made mandatory for schools, malls, hotels and industrial units also. Under the Haryana renewable energy department guidelines, domestic consumers can avail of Re 1 incentive per one unit solar power they generate. Industrial consumers can avail of 25 paisa per unit of power generated.

According to an official, to get solar panels installed, applicants are supposed to get a sanction from additional deputy commissioners. “Only suppliers authorized by the Ministry of Renewable Energy will install the system,” the official said.

A 1KW solar power panel costs Rs 75,000-80,000. “When the system is installed, the relevant papers will be uploaded in the portal,” the official said. “The DISCOM will check that system and issue the consumer a certificate for net metering. At this step, the DISCOM lines will be connected with the plant. The bi-directional meter will be then added to the system,” he said.