Maharashtra is the growth engine of India’s economy taking strident steps to be among the top PV states in India. Leading with its solar rooftop market and being the capital for India’s financial industry, Mumbai is the best place for doing solar business in India’s western regions. 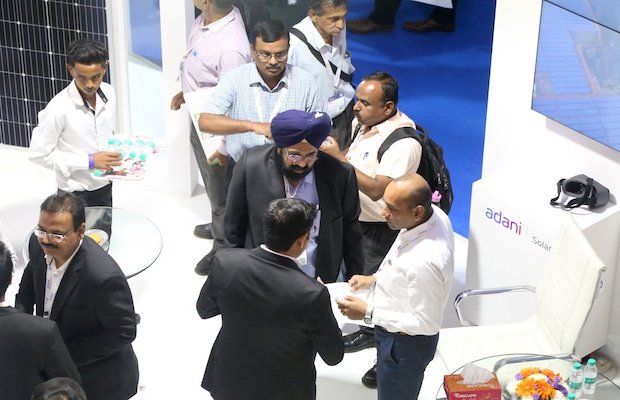 Intersolar India West will open its doors on April 4-5, 2019 in the Bombay Exhibition Centre with a focus on photovoltaics, PV production, solar thermal technologies, and India’s western solar market. 75+ exhibitors will present their product innovations to 5000+ business professionals.

India’s total PV installed capacity crossed 28 GW by the end of 2018 and the original National Solar Target of 20 GW was crossed three years in advance clearly affirming that the decision to upwardly revise the target in 2015 was the right one. However, the year on year positive growth, seen over the last four years, dropped in 2018. The capacity addition in 2018 fell to about 8GW from 10 GW in 2017. Nevertheless, the flurry of tenders released towards the end of the year and in January and February 2019 has led to a healthy order pipeline. With a new federal government taking over in May, analysts expect the regulatory environment to be improved and greater clarity in policies provided to speed up growth and reach as close to the 100 GW goal as possible.

The year 2018 turned out to be the year when the state of Maharashtra, the third largest in India and with the highest GDP among all the states showed for greater interest in developing solar than before. The state has one of the highest urban populations and has the highest electricity generation capacity of 42 GW. After Karnataka, Maharashtra has the highest RE generation capacity of 9.3 GW. It ranks third in wind capacity but ranked much lower at No. 9 in ground-mounted solar capacity. Maharashtra is the undisputed leader in the C&I rooftop solar segment and this market is fast growing. Maharashtra will also soon have the distinction of setting up the largest floating solar system of 1000MW capacity at the Ujani Dam on Bhima River.

In January 2019 the Maharashtra Government announced its intention to set up 3200 MW of solar in the next two years. Western India comprising in addition to Maharashtra, the states of Madhya Pradesh, Rajasthan, Gujarat, Goa, and Chattisgarh have exceptionally rich RE resources both wind and solar. As per the latest MNRE report, these states together have an installed PV capacity of 8200 MW with Rajasthan alone accounting for 3045 MW.

In the background of the growth environment showing signs of improvement in the country and Maharashtra, the engine of growth of India’s economy also taking strident steps to be among the top PV states, Intersolar India West Exhibition and Conference is being organised in Mumbai at the Bombay Exhibition Centre on April 4-5, 2019.

The conference to be held on 4th April has been structured with four sessions addressing four key topics. Besides the session on India’s PV Market Development 2019, three other sessions will be held: Financing and Business Models, Enhancing Profitability and Safety through O&M and Improving Rural Economy – Mini & Micro-Grids. Experts with years of rich professional experience from the industry, from market research firms and government, will be speaking in these sessions on the first day. On 5th April, an exclusive session titled “Bridging the Sustainability Gap – Skills, Entrepreneurship and Technology” will be conducted by Skill Council for Green Jobs.