India and Other Emerging Economies Can Unlock Trillions of Dollars in Climate Finance: IFC Global Report

Estimates indicate that India is on track to exceed its target of reducing greenhouse-gas emissions intensity by up to 35 percent by 2030. 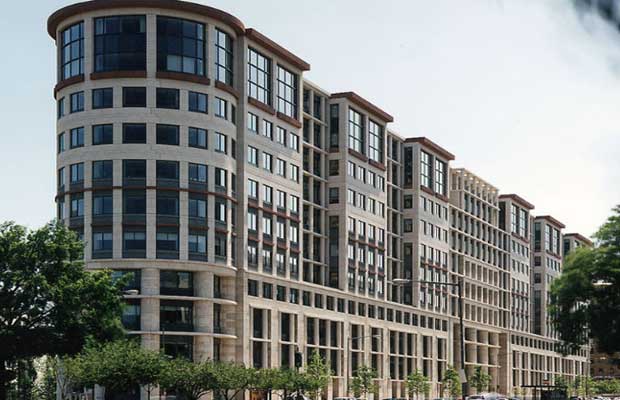 Developing countries like India can meet climate targets promised in the landmark Paris Agreement by catalyzing trillions of dollars in private investments through a combination of smart policy reforms and innovative business models, according to a new global report by IFC, a member of the World Bank Group.

The global report identifies seven industry sectors that can make a crucial difference in catalyzing private investment: renewable energy, off-grid solar and energy storage, agribusiness, green buildings, urban transportation, water, and urban waste management. Already, more than $1 trillion in investments are flowing into climate-related projects in these areas. But trillions more could be triggered by creating the right business conditions in emerging markets, the report found.

In India, ambitious targets and multiple reforms across sectors by the Government have steered the country towards exceeding its Nationally Determined Contributions target. India’s target, submitted as part of the Paris Climate Agreement, envisages a reduction of greenhouse-gas emissions intensity by up to 35 percent by 2030. This, the report finds, presents the country as an attractive and emerging market for climate business, and will accelerate the market for climate-friendly solutions.

India’s success in creating markets for solar power, estimated at more than 13 GW in capacity in 2017, has led the government to expand its National Solar Mission. The new target of 175 GW of installed solar energy by 2022 is five times the original target. Similarly, India has now become the world’s fourth largest wind power generator, with a target to install 60GW of by 2022. The government also recently announced a commitment to end the sale of gasoline-powered cars by 2030.

Additionally, India is leading the market, along with China, in grid-tied renewables with nearly half of new capacity added. The country leads the off-grid solar market, with over 3 million systems sold in 2016. It is also anticipated that rooftop solar for residential and commercial consumers, is set to grow in key emerging markets including India.

“The private sector holds the key to fighting climate change,” said IFC CEO Philippe Le Houérou. “The private sector has the innovation, the financing, and the tools. We can help unlock more private sector investment, but this also requires government reforms as well as innovative business models—which together will create new markets and attract the necessary investment. This can fulfill the promise of Paris.”

Addressing climate change is a strategic priority for IFC. Since 2005, IFC has invested $18.3 billion of its own funds in long-term financing for climate-smart projects and mobilized an additional $11 billion from other investors. In India, IFC has invested about $1.2 billion in climate-friendly projects through direct investments, in the last five years.

“India is in the midst of a climate change revolution. It is making significant accomplishments in achieving its pledge to the Paris Agreement. IFC will continue working closely with businesses, investors, and governments to further support the goals set by the country,” said Jun Zhang, IFC Country Head for India.

The report’s global findings point to specific investment opportunities including:

The latest report is a follow-up to the Climate Investment Opportunities report issued by IFC last year, which found that the Paris Agreement could create $23 trillion in investment opportunities for 21 emerging-market countries. Based on assessment of NDC plans of Bangladesh and India, IFC estimated last year that the South Asia region will have $2.2 trillion in investment potential by 2030, 69 percent of which is for new construction of green buildings. In India, infrastructure investments for transportation (ports and rail especially) will reach $250 billion by 2030, while critical investments in clean energy, including energy efficiency, will reach close to $400 billion.