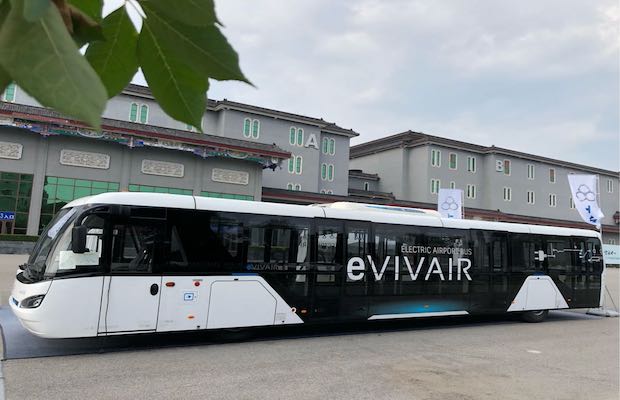 Earlier last year in November, Hanergy had signed a cooperation agreement with TAM-Europe Company, a subsidiary of China Hi-Tech Group Corporation to develop a brand new model of a new-energy shuttle bus, exploring a path to integrate flexible thin-film module and shuttle bus to create a solar electric shuttle bus.

“Also, Since the airport shuttle buses operate under sunlight for a longer duration, the solar system can power the air conditioning system and extend travelling range of the buses,” he added.