Hanergy has announced that its thin-film solar modules will cover the 150,000 square meter roof of the ‘Rafael Gallery’ located in Shanghai. 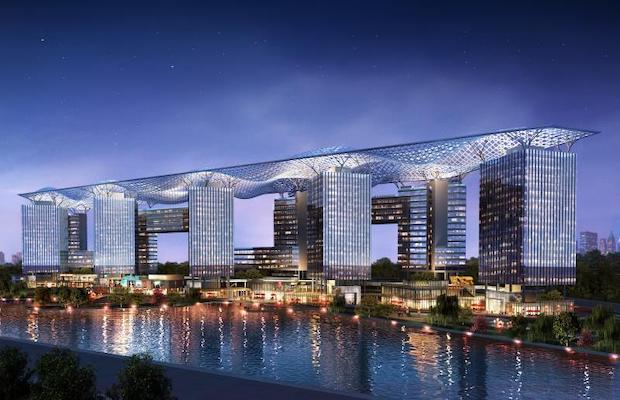 The Hanergy Group has announced that its thin-film solar modules will cover the 150,000 square meter roof of the ‘Rafael Gallery’ located at the Tech City in Shanghai.

Designed by the world-renowned architect, Rafael Vinoly, the ‘Rafael Gallery’ at Songjiang District of Pudong is a 1.5 kilometer sky bridge stretching across the top of over 20 skyscrapers, making it the longest urban industrial porch in the world.

Installed with photovoltaic panels using the thin-film solar modules, Rafael Gallery is estimated to have an amassed capacity of 1 MW just in the first phase. Powering the 1.5-kilometer long sky bridge, each module with a capacity of 125W weighs only 2 kilograms, and measures as thin as 2.5 mms.

Equipped with the company’s CIGS technology, the panels offer better performance under the weak light condition to efficiently generate power even on cloudy days. “The conversion efficiency of the panels on record is 18.5%, the highest among products of the same kind”, according to a technician in Dachang Mobile Energy Industrial Park, where the panels were manufactured. 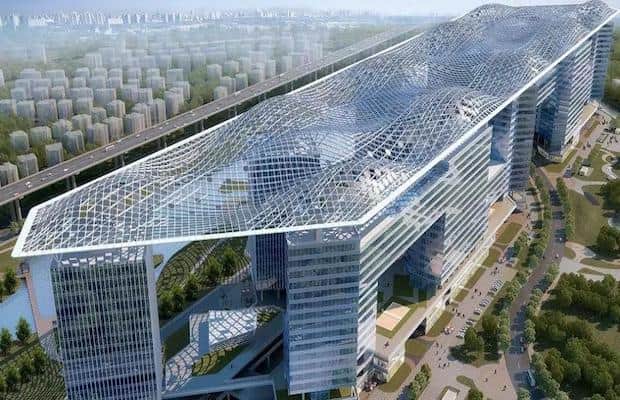 Zhang Bin, Hanergy’s senior vice president said, “We’re simply elated to offer our thin-film solar modules for a prestigious project like this. More than we’re excited to pronounce our achievement, we feel proud to be able to contribute towards the making of this landmark project. This project is yet another step forward in our endeavours to promote the concept of sustainable buildings globally.”

Recently, the company announced that it has completed the installation of what it’s claiming is the biggest Photovoltaic (PV) glass curtain wall project on a single building in China. As a part of the project, Hanergy has applied 6000 square meters of its innovative BIPV product, HanWall Oerlikon modules on the façade of the building. Measuring 1200mm by 1130mm, each HanWall Oerlikon module has a capacity of 100 Watts. The project installs a total of 4600 electricity-generating units, with an overall capacity of 460 KW.