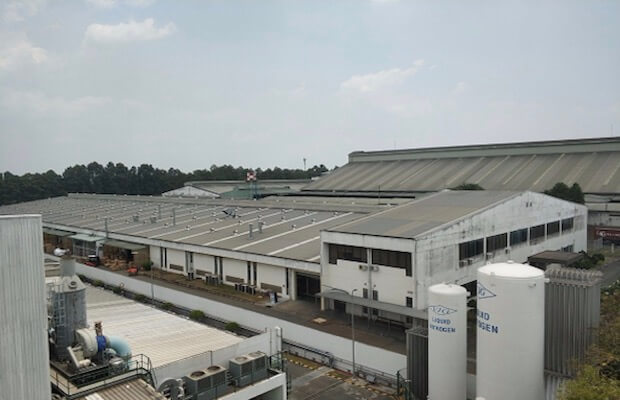 One of the leading thin-film power solution companies in the world, Hanergy has announced that it has signed a construction cooperation agreement with Landmark Parasolar to build its first large scale rooftop solar power project in Haier’s Vietnam AQUA manufacturing zone in Biên Hoà city of Dong Nai Province in Vietnam.

Under the aegis of the agreement, Hanergy will build the company’s first large scale rooftop solar power project in Vietnam. As part of the project that’s planned to have a total capacity of 1 MW, Hanergy will provide SHJ (silicon heterojunction) modules with a capacity of 193 KW. Funded by Landmark Parasolar, the total investment of the project is expected to be over USD 600,000.

Li Hui, CEO of Hanergy Vietnam Company said, “Not only does our co-operation with Landmark Parasolar conforms to Vietnam government’s promotion for green energy, but will also be instrumental in reaching out to diverse businesses in Vietnam. Since AQUA is a renowned brand in Vietnam and even in South East Asia, our cooperation with Landmark Parasolar for AQUA manufacturing zone sets a benchmark for the industry in this market. Solar system in the rooftop of the factory is bound to save electricity cost for AQUA and reduce the dependence on traditional energy.”

Envisioned to be a twenty years long cooperation, the project will follow Energy Performance Contracting (EPC) model, where Landmark Parasolar is the investor and owner of the rooftop solar system, AQUA is the landlord of the factory warehouse whose roof the solar system is built on and user of the system, and Hanergy will be responsible for the construction and maintenance of the SHJ solar system. 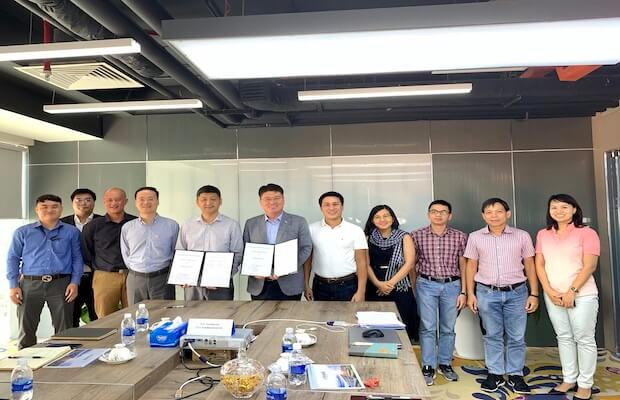 The project is aimed at providing electricity for AQUA’s manufacturing lines of the factory and for the office use. Construction of the project will start in September, and it’s expected to generate 1.42 million kWh of power in the first year of its operation alone.

“Hanergy is the world’s leading thin-film solar power company. Its products have the advantages of being lightweight, thin and flexible, giving solar power more possibilities to be applied on varied surfaces and in more diversified areas. We think Hanergy has a promising future, and wish to work with Hanergy on more projects,” said Park, CEO of Landmark Parasolar.

Hanergy Vietnam and Landmark Parasolar plan to develop more commercial rooftop solar power projects in Vietnam within the following 3 years, with a total capacity estimated to be 300 MW.