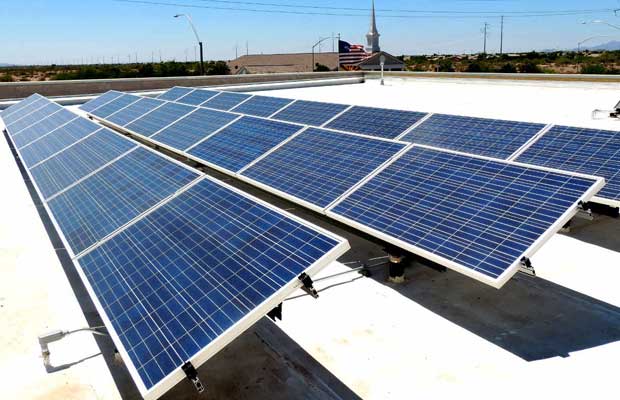 Though the Haryana government made installation of solar power system mandatory, still not much has been seen in the last few years. District Administration of Gurugram is now trying to give solar power a fresh push and educating people on the benefits of solar energy.

The District Administration of Gurugram is planning to organize a fair soon to push for solar power in the Millennium City. In a meeting held on Friday with various government departments of the district, deputy commissioner Vinay Pratap Singh asked officials to educate people about the benefits of solar power and encourage them to install solar panels in their houses.

“We will try to connect consumers with officials of various government departments, bankers, solar equipment manufacturers among others in the fair so that more and more people install solar power plants on the rooftops of their buildings,” said Singh.

Though the Haryana government made installation of solar power system mandatory on rooftops of buildings constructed over 500 sq yards in 2016, an RTI query in May this year revealed that only four government buildings in the district have set up solar panels so far. In the Haryana Solar Power Policy-2016, the Khattar government has set an ambitious target of generating 1,600MW power through rooftop solar plants by 2021-22.

Power Discom Dakshin Haryana Bijli Vitran Nigam (DHVBN) is also making changes in its software so that the benefit is passed on to those who have already installed solar plants or are planning to do so.

“For the residential category, DHVBN has already made changes in its billing software so that consumers who have solar panels installed can get the benefits announced by the state government. In the non-residential category, DHVBN is still doing the changes and very soon the benefits will be passed on to them as well. With the changes, we will know how much solar power is being generated in the entire district,” Singh said.

“We also want maximum consumers to avail the benefits. We hope that the fair that is being organised sometime next week will clear all the doubts of consumers and encourage them to get solar panels installed on their premises,” said a DHVBN official.

The minimum solar power capacity to be installed is 1kW or 5% of a building’s connected load, whichever is higher. A 1kW plant can generate up to 4.5 units of electricity a day, enough to power three fans, seven tubelights and a cooler for 4-5 hours. A typical 1kW plant costs Rs 55,000-Rs 60,000, after availing subsidy. The government is also providing 30% subsidy, subject to a maximum of Rs 20,000 per kilowatt peak, on installation of solar power plants for certain categories of buildings.