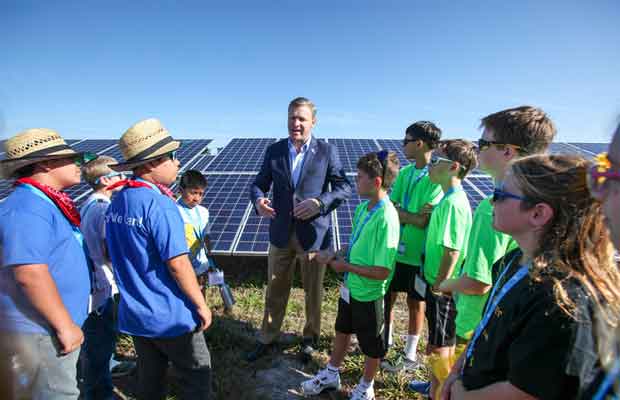 The new solar power centers that FPL plans to build is projected to be cost-effective over their operational lifetime, producing millions of dollars in long-term net savings for FPL customers.

“We have been working hard to drive down the costs of adding solar so we can deliver even more zero-emissions energy to all of our customers. As the first company to build solar power generation cost effectively in Florida, we are proud to continue leading the advancement of affordable clean energy infrastructure. We have proven that it’s possible to cut emissions and deliver reliable service while keeping electric bills low for our customers,” said Eric Silagy, FPL president and CEO, during a celebration at the FPL Manatee Solar Energy Center.

The new solar power centers that FPL plans to build is projected to be cost-effective over their operational lifetime, producing millions of dollars in long-term net savings for FPL customers.

Each of the eight new solar plants will be 74.5 megawatts in capacity for a total of nearly 600 megawatts, which is enough to power approximately 120,000 homes. The plants will be located at sites across Florida, including three previously announced locations in Alachua, Putnam and DeSoto counties. The locations of all of the new sites will be announced in the coming weeks.

Construction is expected to commence this spring. During peak construction, an estimated 200 to 250 people will be working at each site.

Nearly 50 teams of students in grades 4 through 12 from schools across the state participated in the competition, building solar ovens, solar race cars and other innovative projects.