Though the off-grid solar pumps have made life easy for farmers in many villages across India, many fear they are likely to lead to over-exploitation of groundwater. 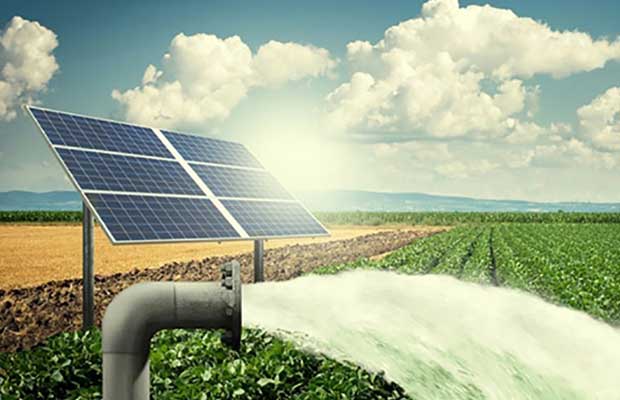 In Maharashtra’s Jalgaon village, many farmers spend sleepless nights to irrigate their fields, as power for irrigation isn’t available during the daytime for 15 days a month, but Dattaji Balaji Kikole, 62, doesn’t need to strain himself.

And that the reason for that is that Kikole has a 3-horsepower (hp) solar pump installed under the Atal Solar Krishi Pump Yojana launched by the state government in 2017. Now, uninterrupted and free power is available during daytime at the push of a button, he says.

In the last two years, 45 farmers in Jalgaon in Buldhana district have got solar pumps installed in their fields. Of the 52 farmers still using electric pumps, many have applied for solar ones.

With a 95 percent subsidy available on solar pumps, farmers are required to pay Rs 34,750 upfront. The maintenance cost is almost nil.

Compared to this, the installation of an electric pump costs up to Rs 1 lakh. On an average, a farmer using a 3 hp electric pump accrues a bill of Rs 3,000 a year, which is waived by the government most of the times. Daytime, uninterrupted power supply, and low maintenance cost have made solar pumps an attractive option among the farmers.

Though the off-grid solar pumps have made life easy for farmers in Jalgaon, as these have resolved the issue of voltage fluctuation and interruption, many fear they are likely to lead to over-exploitation of groundwater.

In the last 10 years, Jalgaon’s groundwater table has fallen by 25 ft, Namdev Patti Ipper, 65, of the village claims. The farmers got to know about this when they applied for pumps with the agriculture department.

Deepak Joshi of the Jai Jawan Jai Kisan farmers’ club here says the land in the region is rocky and the groundwater table is shallow.

“One can find water up to 45-50 ft. Thereafter, there are layers of basalt rocks that run up to 500 metres. It means there isn’t enough groundwater in the first place,” he said, adding free, uninterrupted power via solar pumps will lead to more withdrawal of groundwater.

This raises serious questions about central and state governments’ schemes that pitch solar pumps as a means of assured irrigation and to reduce electricity subsidy burden, which is around Rs 50,000 crore per annum currently.

The Centre recently approved the KUSUM scheme under which around 17.5 lakh off-grid and 10 lakh on-grid solar pumps will be installed in rural areas by 2022.

“But clean energy doesn’t always mean green energy. We have enough evidence from states like Punjab, Haryana and Tamil Nadu about the impact of highly subsidised power on groundwater withdrawal. Large-scale solar pump deployment without a comprehensive plan to monitor and control water usage would be equally disastrous,” said Chandra Bhushan, deputy director-general of Centre for Science and Environment.

A CSE survey in Buldhana also found that off-grid solar pumps lie under-utilized for 4-5 months in the summers when farmers don’t take up any agricultural activity due to water scarcity. The utilisation of pumps at present is 33 percent. It also found after transitioning to solar pumps, irrigation time decreased from an average of 795 hours per year to 627 hours per year. The lack of groundwater is the primary reason for the lower solar pump use.

“Over the last 15-20 years, the water table dipped from 50-100 ft to 100-300 ft. Most solar pumps in the area were installed in the past 3-4 years, during which rainfall was scarce, further depleting the water table,” the report titled ‘Silver Bullet-are solar pump a panacea for irrigation, farmer distress, and discom losses?’ revealed.

The report says farmers of Buldhana’s Huada village rejected the idea of investing in solar pumps as they believe it would be ineffective due to the water crisis.