50,000 solar pumps will be given to farmers and ‘gaushalas’ in Haryana with the assistance of the NABARD, according to State Renewable Energy Minister 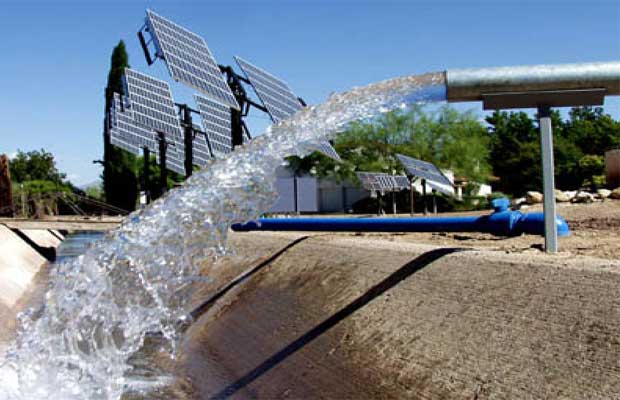 Fifty thousand solar pumps will be given to farmers and ‘gaushalas‘ in Haryana with the assistance of the National Bank for Agriculture and Rural Development (NABARD), according to the Minister of State for New and Renewable Energy Banwari Lal.

The minister made the announcement while speaking at an event in Kadipur village of district Mahendragarh. He also revealed that around Rs 1,696 crore will be spent on this special scheme.

He further indicated that about 238 megawatts of green energy will be generated in the state with the installation of these solar pumps. “This will not only save the diesel used to run the pump but also prevent pollution caused by the diesel pump.”

He further said that providing the cheapest energy is the priority of the government. A solar energy-based project of about 413 MW capacity has been set up by the government in the state. The state government has approved 672 MW of solar projects, which will be completed this year, he was quoted as saying in an official statement.

The minister said in order to increase the income of farmers, the government has prepared a draft for the pilot project in districts Karnal and Yamunanagar. Under this scheme, 11 agricultural feeders have been selected, under which 468 electricity-based tube wells will be converted into solar energy-based tube wells.

The extra electricity produced from these solar energy-based tube wells will be provided to the farmers. About Rs 26 crore is estimated to be spent on this scheme, he added.

This development comes a week after the Ministry of New and Renewable Energy (MNRE) issued the implementation guidelines for the centre’s Rs 34,422 crore Pradhan Mantri Kisan Urja Suraksha evam Uthan Mahabhiyan (KUSUM) Scheme, that aims to provide both financial security and more sustainable water access for farmers by generating solar power in their farms and use the clean energy to replace their diesel water pumps.