Enphase Energy, a solar microinverters specialist, on Monday, said that a solar EPC company in the US, ProSolar Systems, has used its 7th-generation microinverters to restore and upgrade the commercial solar plant installed at the historic Bluebeard’s Castle resort in St. Thomas, US Virgin Islands. 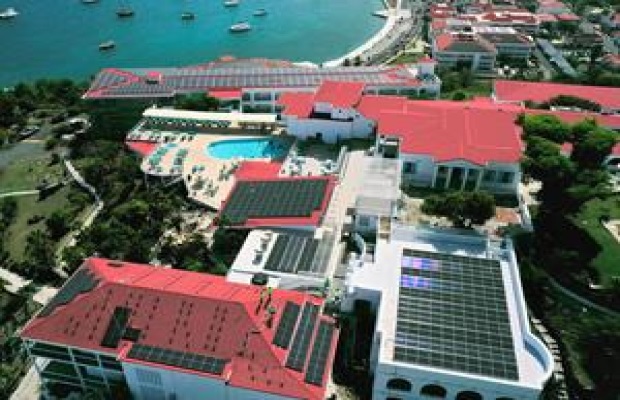 Initially, this solar plant was commissioned in January 2014 with a capacity of 500 kW and was composed of 1,887 solar modules and Enphase M250™ microinverters, spanning 18 resort buildings and 4 ground-mounted arrays. However, it was severely damaged by Hurricanes Irma and Maria in 2017.

Commenting on using Enphase microinverters, Ashley Edwards, project manager at ProSolar Systems, said that “one of the most powerful aspects of using Enphase microinverters at Bluebeard’s Castle is that this complicated solar system is on a single, easy-to-use monitoring platform, which is a major help for long-term operations and maintenance work.”

Now, the upgraded solar plant is comprised of about 250 fewer solar modules, with 1,640 Enphase microinverters, but yields an upgraded system rating of 524 kW and projected annual energy savings of over USD 3,50,000.

“We were able to realize significant savings because the original Enphase M250 microinverters, cables, and other balance-of-system components linked right up with the new Enphase IQ 7™ microinverters on a single platform. It was even possible to redeploy Enphase microinverters once attached to modules that had been mangled by the storm in a single, 90-module ground-mounted array. The Enphase Enlighten™ monitoring platform recognized and displayed that array alongside the new IQ 7 microinverters without missing a beat,” Edwards added.

“I worked for the company that originally installed the solar system at Bluebeard’s Castle in late 2013, at which time it was the largest privately-owned commercial solar system in the Caribbean,” said Dan Chrisman, lead solar installer at ProSolar Systems.

Besides, the company claimed that its Enphase IQ 7 microinverter leverages it’s 55 nm custom ASIC for higher reliability and better economies of scale.

This is a high-performance microinverter based on the unique, software-defined architecture from the company and features built-in support for Rapid Shutdown. These microinverters are designed to be long-lived energy assets and do not contain complicated moving parts or easily breakable components, such as fans, and are backed by a 25-year warranty.

While explaining about the company’s products, Dave Ranhoff, chief commercial officer at Enphase Energy, said that “before Enphase releases a new product, we subject our microinverters to intense quality testing to ensure they are durable enough to survive extreme climate conditions, and it’s great to see ProSolar and its customers benefiting from this practice.”

Recently, the company has also forayed into Poland via a distribution partnership with SmartX, a solar microinverters distributor in Poland. Its move of entering into Poland is significant as currently, the country has one of the top 5 solar markets in Europe, with an estimated installed capacity of over 1 GW.