Microtek, one of the earliest manufacturers of monitors, followed by inverters and more in India, has set its sights on a major growth drive, and solar will be a key part of that. At a channel event in New Delhi, where the firm also set up a functional 18 KW system to showcase its prowess in the space, the firm announced key plans to ride the solar wave. The firm, started in 1980, remains focused on its distribution channel and ‘make in India’ advantage, something it believes will serve it very well in its next phase of growth. 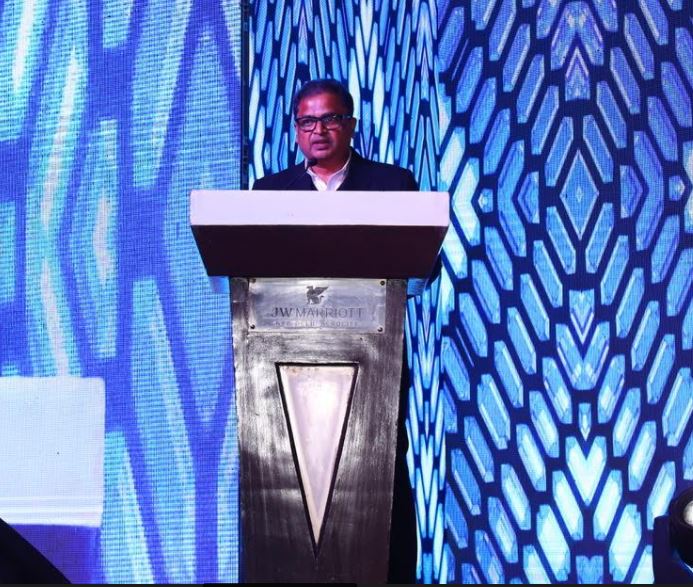 We spoke to Saurabh Gupta, Director at the firm, who stressed that while getting into panel manufacturing was on the horizon, the firm’s focus for now was on its inverter and storage business. The firm also has a strong presence in the EV business through its subsidiary brand OKAYA, and that gave it a chance to display both Okaya’s latest electric scooter and its own EV charging  station. It’s newest inverter and home UPS models, the LUXE LCD Home UPS series with a capacity ranging from 800 VA in 12V to 1600 VA in 24V SW in pure sine wave technology were on display. Also launched was the imerlyn premium UPS series  that includes Advanced Digital (850 12V DG, 1050 12V DG, 1250 12V DG & 1850 24V DG) models and Pure Sine wave (850 12V SW, 1250 12V SW & 1850 24V SW) models.

With prices starting at Rs 6240, the firm is confident that the new launches will help it reach 50% market share in good time, from its current 40% share in the inverters and home UPS segment. 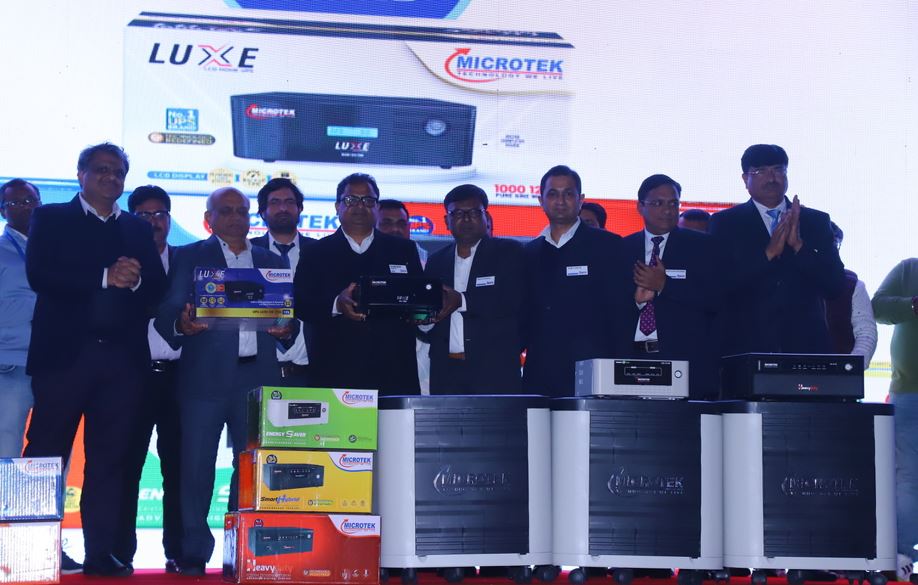 Microtek had forayed into the healthcare segment at the beginning of  the covid outbreak, and Gupta is quick to stress that Covid probably accelerated their plans by years, thanks to the urgency to deliver critical equipment. The group’s testing and quality facilities helped them to deliver products that met standards, unlike many such products that hit the market at the peak of the outbreak this year, he added. ” A brand name that consumers recognised and could trust, with the assurance in the form of our warranties helped us perform much better, and establish a distribution reach that would have taken years otherwise”, he said. The firm currently manufactures its own infrared thermometers, oximeters, blood pressure monitor devices, nebulizers and oxygen concentrators for the healthcare segment.

On the solar front, Gupta is clear that the group’s focus would be on rooftop solar mostly, as their string inverter range was designed for those. It will focus on being a quality supplier of key electrical components, be it wires or circuit protection devices.

It hopes to continue building on its distribution strength to acquire solar customers from within its existing customer base as well as new acquisitions. The battery business with Okaya, which manufactures both lead-acid batteries and Lithium ion batteries, currently serving mostly the E-rickshaw market, would gradually pivot to stationary storage too with time, he felt.

The firm is targeting a turnover of Rs 1600 crore in FY 2022, hopes to maintain a strong growth rate going ahead on the back of its electricals and solar business. With plants in Himachal Pradesh, it is investing into expanding capacities and launching new products, including a new set up in Visakhapatnam.