The platform has already delivered 5 MW of energy to many companies in Southern India and Rwanda, it added. 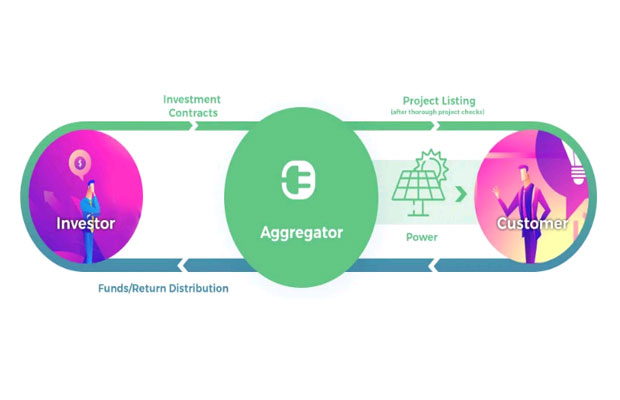 Distributed Energy, a renewable energy aggregator with a focus on the Indian market, on Monday has launched one of its kind unique platform for connecting credible renewable energy projects with investors.

The company, which was co-founded by Mathew Mazhuvanchery, Ruchir Punjabi and Sudhakar Kadavasal, said that, after comprehensive due diligence on several metrics is performed; energy customers have their fundable projects listed on its marketplace. Investors can explore and express interest in one or more of these projects at the click of a button.

Besides, the platform has already delivered 5 MW of energy to many companies in Southern India and Rwanda, it added.

Also, it has received Rs 10 crore in funding from Ramez Naam (Co-Chair of Energy and Environment at Singularity University) via an AngelList Syndicate and from Mount Meru Group, a business conglomerate in Africa.

Commenting on the development, Distributed Energy, Co-Founder, Mathew Mazhuvanchery said, “India is among the most promising renewable energy markets in the world – especially in solar. We have one of the most refined supply chains in solar energy. However, access to capital to Indian companies for solar is limited. We believe that the platform, by opening up a new, reliable channel for investors, will help unlock capital and thus accelerate the deployment of renewable energy across India. The primary reason why the platform has gained quick traction is due to the economics of the model that works for both parties.”

“We have seen the platform model work well in distributed solar in other parts of the world. There’s a huge opportunity to bring the same solar model to commercial and industrial customers in India and Africa, saving customers money, and earning a return for project backers. Distributed Energy’s co-founders are seasoned entrepreneurs, and they immediately impressed me with their knowledge and vision for solar in the region,” said Ramez Naam, Co-Chair of Energy at Singularity University and an Angel Investor.

The company said in a statement that, out of the government’s 40 GW target for solar rooftop, mostly will be funded by private investors. This platform is planning to push for projects with standardised design and using certified engineers and equipment. After the project will start generating power, it will also manage the distribution of returns. Meanwhile, the return on these projects is usually in excess of 16 percent over the length of the power purchase agreement (PPA).