The Central Public Works Department (CPWD) has directed its officials to explore the possibility of installing “solar trees” in residential complexes of government employees. 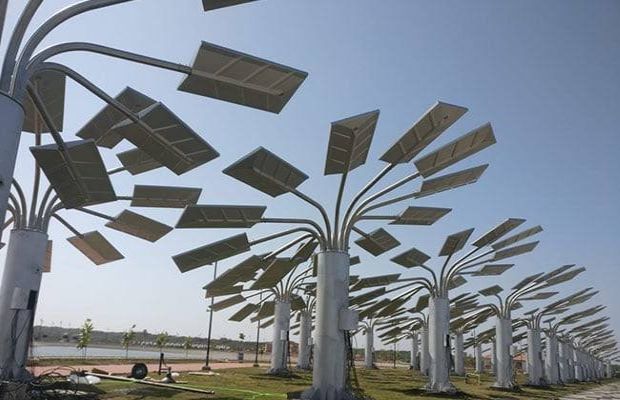 The move intends to promote renewable energy and reduce carbon footprint by the CPWD, the prime construction agency of the central government.

According to an official, the concept of “solar trees” was first implemented at the National Salt Satyagraha Memorial built by the CPWD at Dandi in Gujarat, and the agency is getting a good response for it.

The National Salt Satyagraha Memorial at Dandi in Navsari district has energy neutral design, the only structure of this kind in the country. Around 41 “solar trees” have been installed in the memorial complex to meet its energy requirement. In fact, the solar trees have been producing 100 KV of green energy as against a requirement of about 60 KV thanks to the energy neutral design conceptualized by experts from IIT Bombay.

The plan earlier was to store energy in batteries, but the cost factor led the authorities to opt for the common grid of an electricity company.

“All the field units have been directed to explore the possibility of installation of solar trees in the open area of General Pool Office Accommodation (GPOA) and General Pool Residential Accommodation (GPRA),” the official said. Both GPOA and GPRA are meant for central government employees.

The agency has asked its officials to install the same after ascertaining the technical feasibility in consultation with the architecture wing. Installation of such trees will harness solar energy to the maximum extent possible by utilizing vacant ground places, the official said.

“The CPWD has also sent the description of the solar trees installed at the National Salt Satyagraha Memorial to field units for guidance in executing the same,” he added.

The CPWD, which comes under the Union Housing and Urban Affairs Ministry, also looks after the maintenance of central government buildings and building fences on the country’s international borders.