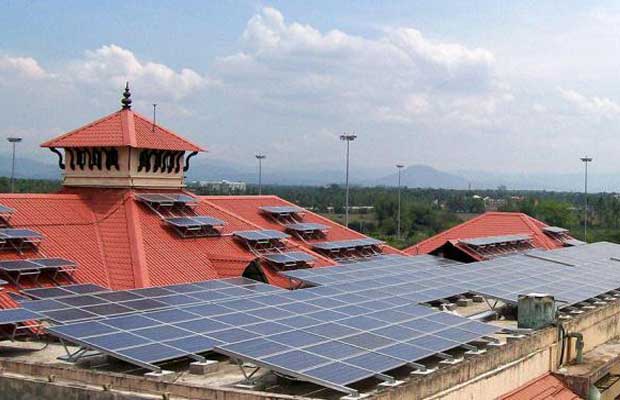 Cochin International Airport in southern India that is powered with a 15.5 MW solar power plant will soon see an expansion. The further expansion will make the airport as the world’s first to be powered solely by solar power.

Back in 2015, Cochin International Airport Limited, the company that operates the airport in the southern Indian state of Kerala announced that it had commissioned a 12 MW solar power project. The 12 megawatt project included 46000 panels and generated more electricity than was required by the airport. The project was subsequently expanded to a capacity of 15.5 MW, with the excess electricity being sold to the grid. Meanwhile, electricity demand at the airport is expected to increase with the launch of a new terminal.

As reported in Cleantechies, the airport operator will increase the capacity of the ground-based solar power project from 15.5 MW to 21.5 MW. An additional 2.7 megawatts of capacity will be installed atop parking lots. The company will install around 8500 solar panels covering 0.225 million square feet of parking lot that will have a capacity of 1400 cars. The parking lot will also have the facility for charging electric cars.

Several Indian airports are looking to utilize surplus land to set up utility-scale solar power projects. The Indian minister for civil aviation had announced that as many as 143 airports around the country will install a total of 148 MW of solar capacity over the next few months.