Britishvolt, which had signed an MOU for the country’s first Gigaplant sometime back, has finally identified a site at Blyth, Northumberland for the plant.  With an investment of 2.6 billion Euros, construction is expected to start in the second quarter of 2021. 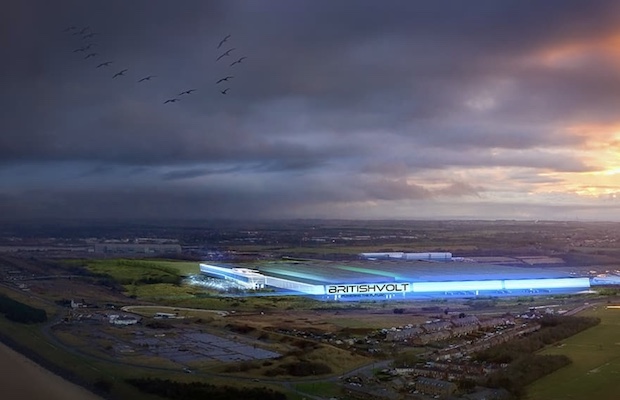 The massive plant is seen as vital to supporting the UK’s push for net-zero emissions by 2050, thanks to the vehicle batteries it will churn out. The 3000 highly skilled jobs it will generate are also seen as a very good example of the opportunities a green deal can create for the economy.  Also, the battery Gigaplant is one of the key pillars of the British Prime Minister Boris Johnson’s ten-point plan for the UK’s green recovery from Covid, besides the competitiveness of the British automotive industry.

By the time it is fully operational at peak capacity, the project is expected to churn out over 300,000 lithium-ion batteries for the UK automotive industry, says the company.  And 5000 jobs in the wider supply chain.

Orral Nadjari, CEO of Britishvolt, said, “We are delighted to have secured this site in Blyth. This is a tremendous moment both for Britishvolt and UK industry. Now we can really start the hard work and begin producing lithium-ion batteries for future electrified vehicles in just three years.”

“Blyth meets all of our exacting requirements and could be tailor-made. It is on the doorstep of major transport links, easily accessible renewable energy, and the opportunity for a co-located supply chain meets our target to make our Gigaplant the world’s cleanest and greenest battery facility. The sooner we start, the better,” Orral added.

Okinawa Shifts To ‘Lithium Only’ For Its Two Wheelers
Also Read

The plant will be built on the site of the Blyth Power Station. It will use renewable energy, along with using hydro-electric power generated in Norway.  The Blyth site was earlier host to two coal power stations, which have been demolished after their planned terms. Plans were afoot to build a clean coal power station, but those eventually shelved. Thus, for the local area also, the battery plant is vital. 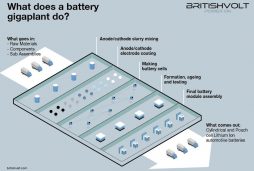 Ian Levy, Blyth Valley MP, commented, “This is an incredibly exciting announcement that will have a massive impact in the constituency and the surrounding area for decades to come. Since Britishvolt first made contact it has been my absolute priority to work in partnership with its leadership team to do everything possible to bring this scheme to Northumberland.”

He further said, “There is still much to do but the prospect of the UK’s first Gigaplant on the old Blyth Power Station site directly creating up to 8000 jobs is amazing. I look forward to working with all involved and will provide the backing necessary to deliver a scheme that is a once in a generation opportunity.”