According to a report published by Grand View Research, The growing penetration of UPS solution in businesses to counter data loss is expected to spur the demand for Battery Management System Market. Lithium-ion batteries are used in applications requiring high-energy density solutions. 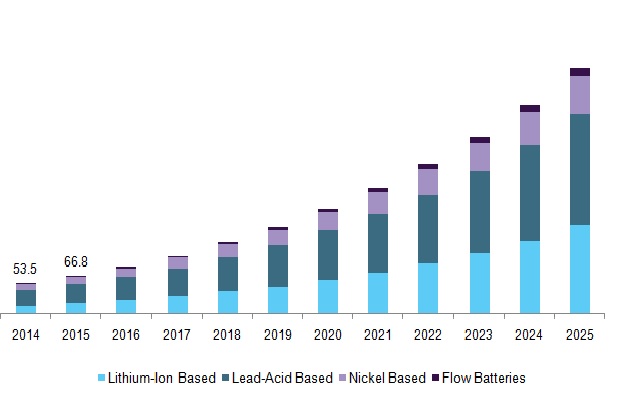 According to a report, “Battery Management System Market Analysis By Battery Type (Lithium-Ion Based, Lead-Acid Based, Nickel Based, Flow Batteries), By Topology (Centralized, Distributed, Modular), By Application, And Segment Forecasts, 2018 – 2025”, published by Grand View Research, Inc., The global battery management system (BMS) market size is anticipated to reach USD 11.17 billion by 2025, according to a new report by Grand View Research, Inc. The growing trend of renewable energy generation was driven by the increasing concerns of climate change across the globe. Additionally, the decreasing prices of solar photovoltaic cells, favorable government incentives, and the declining costs of batteries are likely to increase the renewable energy generation.

Key Takeaways from the report:

However, the energy generated via wind and solar sources is affected by weather, location, and time. Batteries used at wind turbines and in solar panels smooth the variabilities and store energy for future use. The prevailing safety issues, the resistance from utilities, and regulatory barriers have restricted the integration of these batteries into mainstream power systems. 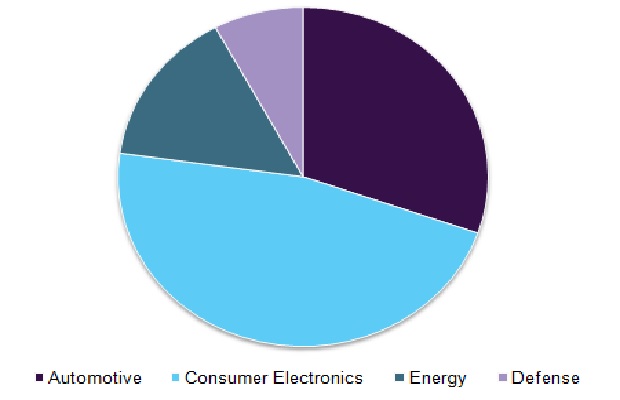 The report further adds, electricity grids are undergoing modernization with the implementation of power flow measurement and controlling power production & distribution and are gathering information on electricity use. Storage is a major barrier to the adoption of renewable energy. Several battery technologies including lead-acid, lithium-ion and sodium sulphate have been developed and tested for applications such as grid investment deferral and arbitrage.

Energy storage systems (ESS) aid in storing renewable energy sources for further commercial use. The increasing demand for ESS is expected to augment the market demand over the forecast period. Lead-acid batteries are the most commonly used battery types in ESS, owing to applications such as standalone battery systems used to handle output fluctuations from the wind and solar power.

The increasing demand for Hybrid Electric Vehicles (HEV) is expected to spur the BMS market demand over the projected period. The implementation of policies, such as Kyoto protocol to decrease greenhouse gas emissions, is anticipated to increase the adoption of HEV over the forecast period.

Moreover, the stringent regulations for carbon emissions have increased the demand for the start-stop technology. Additionally, incentives for manufacturing HEV are expected to increase investments from public and private investors, which in-turn is anticipated to increase the penetration of HEVs.