It is now said to be primitive if we sit with a strong brewed coffee and the board directors of green revolutionaries give a throwback on coal and thermal reserves. Without sharing an anecdote, the facts and figures and latest economics of renewables especially solar has tethered traditional energy production. India has one national grid with the utility sector constituting installed capacity of 330.26 GW as on 31 May 2017. Renewable power plants constituted 30.8% of total installed capacity. Now sharing these figures is necessary as the lone standing discrete-fashioned grids of India sounds a second best thing to hear in India’s pragmatic renewable force. Solar Storage comes into play though hiding from big headlines in the power sector. Home or utility the power demand and supply of India will be critical and storage seems to be the juggernaut.

India is the world’s third largest producer and fourth largest consumer of electricity.

And with growing population energy-efficiency might also run for power. Astonishing reports asserts that during the fiscal year 2015-16, the gross electricity generated by utilities in India was 1,116.84 TWh and the total electricity generation (utilities and nonutilities) in the country was 1,352 TWh or 1,075.64 kWh per capita. India’s poor transmission and distribution infrastructure will become a major challenge. However, energy storage is the solution as its costs are becoming cheaper by the day. India’s state of Andhra Pradesh is deploying two projects of 5 MW capacity of solar on a pilot mode and the power generated will be utilized for agricultural requirements. India’s energy problems will soon have a solution as solar plus storage in the future could be supplied as low as Rs. 4/kWh, leading to a massive impetus for the growth of the economy. India will be able to supply power cheaply to more than 200 million citizens who do not have access to modern electricity besides raising its extremely low per capita power consumption. It is high-time storage should be kept upfront and given the charge to light the solar houses and farms across the country.

Coal India, the world’s biggest coal mining company and producer of 82 percent of the country’s coal, announced the closure of 37 mines that are financially “unviable.” The sites make up roughly nine percent of the total mines operated by Coal India. The company is expected save Rs 800 crore ($124 million) from the closures. India’s energy market is undergoing a rapid transformation as it moves away from fossil fuels. Last month, the country cancelled plans to build nearly 14 gigawatts of coal-fired power stations. Notably, solar has been cheaper than coal-based electricity in India for the past several months. The auction for 500 megawatt (MW) of capacity at the park on May 12, the state-run Solar Energy Corporation of India (SECI) managed to discover a record-low tariff of Rs 2.44 per kilowatt-hour (kWh). The previous low was two days before that when tariffs hit Rs 2.62 per kWh during auctions for another phase of Bhadla solar park. India’s largest power company, NTPC, sells electricity from its coal-based generation units at a princely Rs 3.20 per kWh. Hence, the equation for solar and its ancillary is clear.

However, battery costs have fallen by 80% in the last 7 years and expected to fall by another 40-50% in the next 5 years. This will make solar plus storage prices competitive with grid prices soon. To achieve the overall 100 GW of solar target, grid stability will be the major challenges for the Indian grid operators. 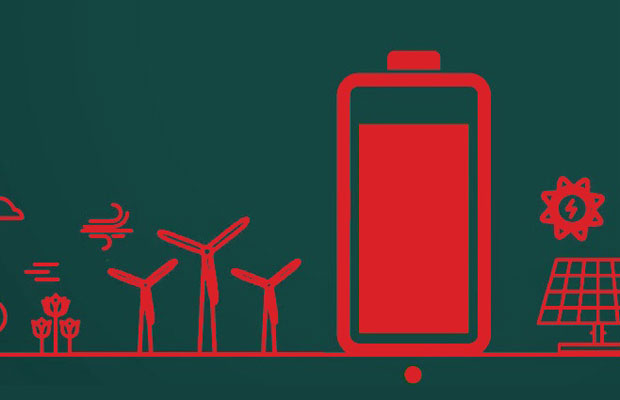 Apart from grid level issues, solar ramping and smoothing of output will create challenges to the plant owner. Power balancing and solar variability in MW projects are key issues. Solar generation is inherently intermittent and supply may create very large instantaneous ramps. As the side effect of the large addition of solar to the grid and a far bigger problem is that solar power is given preference/priority for dispatch under NEP (National Energy Policy) when supply exceeds demand, so thermal plants have to back down. The plant load factor (PLF) or capacity utilisation of coal-based plants was 76% six years ago, but is now it is reduced to 58%. With addition of more solar in the grid, it might create critical situation to operational thermal plant and their PLF.

The world’s biggest solar and battery storage plant – and Australia’s biggest solar farm has been green flagged. The developer of the $1 billion South Australian project, Lyon Group, said construction of the plant, which will include 330MW of solar PV and a 100MW/400MWh battery storage system, would begin in the coming months, with operations set to commence by the end of 2017. Lyon’s plans to build the record-breaking solar plant in South Australia were first unveiled in September last year, along with plans to build a minimum of 100MW of solar PV paired with 100MWh of battery storage (supplied by AES) near Roxby Downs. Green said that project, called Kingfisher Solar Storage, was also likely to start construction in 2017, now with 120MW of solar and 200MWh of storage. Both will have battery storage systems larger than any already operating around the world.

NTPC’s storage-linked solar project in the Andaman & Nicobar Islands is facing hiccups at the inception stage itself. But bidders are jittery on the financial viability of the project. Unlike storage, purely solar power generation project does not require replacing components regularly. This is why developers are comfortable with a longer project cycle of 25 years in those cases. Electricity in the Islands is produced through diesel-powered generators. The cost of generation is as high as Rs.35 a unit. Comparably, the cost of diesel generated power in the metro cities is around Rs.16 a unit. The higher cost is because diesel is transported to the islands from the mainland through ships and this raises expenses.

India launched its first grid-scale battery storage system amid ambitious plans to integrate 175 gigawatts of renewable energy into the power system by 2022. Commissioned and operated by Tata Power Delhi Distribution, the 10-megawatt Advancion energy storage array is a joint project by Mitsubishi and the U.S. energy storage company AES. The country is also investing in a number of energy mega-projects, and currently boasts the world’s biggest solar farm, a 648-megawatt plant in Kamuthi, Tamil Nadu. At the same time, though, its electrical infrastructure is fragile — and the burgeoning industrial sector and growing middle class are increasingly demanding reliable power.

Make in India – Storage Has a Story to Share 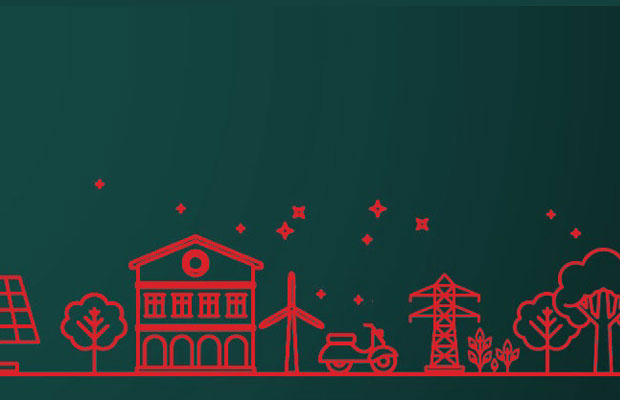 BHEL is also exploring the feasibility of manufacturing cells and batteries with technology developed by the Indian Space Research Organization (ISRO). On January 2017, JSW chairman Sajjan Jindal said his group will consider setting up a joint venture for making batteries in the longer term in India in an interview at the WEF in Davos. In a recent interview Ajay Kumar Dixit, CEO, alumina and power business, Vedanta Ltd said that as part of its renewable energy strategy, Vedanta Resources is looking at developing battery storage solutions in India. The Indian Oil Corporation (IOC) – Asia-Pacific’s lar-gest national oil producer is also experimenting various advanced energy storage technologies and considering Li-Ion for trial purpose. If trials are successful, it may invest in battery production. Last year, India’s first experimental lithium-ion battery manufacturing lab open by Central Electro Chemical Research Institute (CECRI). It can produce 200-300 cells a day. Meanwhile, Enerrsto Solutions, a Chennai based firm, has signed a MoU with CECRI to start producing the lithium-ion batteries on a larger scale. Apart from cell manufacturing initiatives, currently there are more than five companies who are manufacturing modules and packs in India with imported storage cells from China, South Korea and other parts of the world. Through IESA networking events, we get to know that ten to fifteen companies are now evaluating the market to set up cell to module assembling plant in India.

Many experts fear that storage business might head similar to solar panel business, mostly controlled by Chinese players. The most ideal of storage technologies for renewable energy (solar integration) requirement is the space of batteries which have a discharging rate of up to 1 day and capacities going up to 10 MWh. Pumped Hydro and Lead Acid batteries have taken a good traction in the market and Lithium Ion Batteries are coping up too. Lithium Ion Batteries are the most commonly suited for solar applications going forward. And when harping on Lithium-ion China has the torch in hand. According to reports, China is spurring a huge domestic supply ecosystem for lithium-ion based batteries through demand creation and incentives. The country is close to capturing at least 60% of the global market by 2020, overtaking Japan and South Korea.

According to TERI’s estimatation, even if all households are connected and provided with adequate electricity and steady penetration of electric vehicles occurs, the current coal based capacity, including now under construction, will be sufficient to meet the demand till 2026. Therefore, for rapid growth of the renewable energy one has to ensure that the solar or wind power generated is supplied through battery backup. As cost of batteries come down and solar plus battery backed power gets popular, the power distribution companies (Discoms) will buy power from such sources. During the phase transition takes place; the cost of coal fired power is likely to go up due to various environmental regulations and move towards gradual phasing out of fossil fuels. In its report, Transitions in India Electricity Sector, it estimated that beyond 2023-24 all new power generation capacity could be from renewables. This would be based on cost competitiveness as well as grid ability to absorb large amounts of renewable energy with battery-based power balancing facility. Other reports too point to the same trend.

According to an IFC study on Energy Storage Trends and Opportunities in Emerging Markets, “The varying drivers and barriers for energy storage around the world stem from numerous factors, including differences in the physical structure of the grid, needs and desires of end users, and the regulatory and market structure in a given country or region.” The report further mentions, “Energy storage deployments in emerging markets worldwide are expected to grow over 40 per cent annually in the coming decade, adding approximately 80 GW of new storage capacity to the estimated 2 GW existing today.” Consultancy firm McKinsey & Company in a report on The New Economics of Energy Storage mentions, “There is considerable near term potential for stationary storage due to falling costs; as the technology matures, we estimate that the global opportunity for storage could reach 1,000 GW in the next 20 years.” It is also argued that a high renewables scenario may not be a certainty, but it has reasonable probability. This calls for timely implementation of transmission systems, setting up of green energy corridors, improvement in forecasting renew-able power generation and demand and backing them with supportive policies and regulations. As the renewable energy sector grows, there would also be a strong momentum to encourage hybrid energy where solar and wind power projects can co-exist. This means one would be able to generate more power in the same space by harnessing the power of wind and solar from the same location.