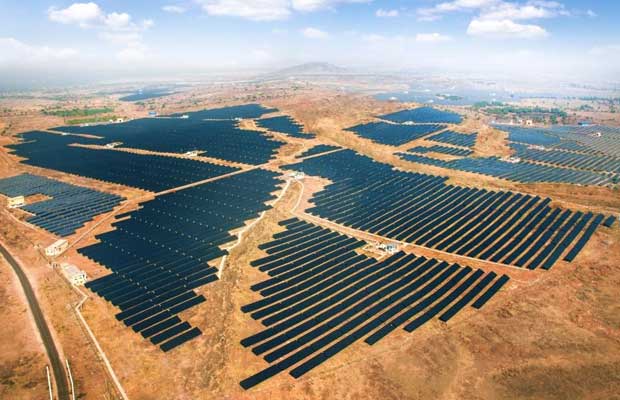 The Andhra Pradesh government has approved a proposal to set up a 10 GW mega solar power project to ensure an uninterrupted 9-hour power supply to farmers during the daytime, besides establishing an Integrated Renewable Energy Project (IREP). The nine hour free power supply is a key government assurance to farmers in the state

In a statement, Information and Public Relations Minister Perni Venkataramaiah said as part of the IREP, 550 MW of wind power, 1200 MW of hydropower and 1000 MW of solar power would be generated. Under the Green Energy Development Charge (GEDC), the State government would be earning a revenue of Rs 32 crores, it said. The charge has been instituted to encourage state governments to push for more renewable energy projects.

Which States Have the Highest Solar Energy Potential in India?
Also Read

In February, we had first reported on the development that the State Government had proposed to set up its own generating units to produce 10,000 MW (10 GW) of solar power to meet the energy requirements of the agriculture sector. The government had already issued an order for setting up the Andhra Pradesh Green Energy Corporation Limited, as a subsidiary of Power Generation Corporation of AP, to erect the 10,000 MW solar power plants.

In a high-level review meeting on the power sector, Chief Minister YS Jagan Mohan Reddy had directed the officials to focus on the 10,000 MW solar power plants and also their subsequent expansion.

The state has been incurring more than Rs 10,000 crore to meet the agriculture subsidy, lift irrigation power charges and aquaculture subsidy every year. The subsidy has been continuously increasing over the years on account of increasing the cost of power supply and also an increase in the number of agricultural pump sets. To ensure that the subsidy is provided on a sustainable basis, there is a need for evolving an alternative mechanism to provide quality power and nine-hour day-time free supply to farmers.

Solar energy has the potential to fulfill the above requirements due to its lower cost compared to the current average procurement cost of Discoms, ex-officio Principal Secretary to Energy Department G Sai Prasad had said. Since solar power is generated during the daytime, it could be well utilised for agricultural needs.

Of course, the big question remains just how good will the response from developers be to this latest move. Keep in mind that Andhra Pradesh under its present state government has been in the eye of a storm around efforts to ‘renegotiate’ or threats of cancelling PPA’s unless developers dropped prices. That issue is still to be resolved, and the MNRE has repeatedly referred to the actions of the Andhra government to justify changes it has made to PPA structures, as well as add more provision to enable the sacrosanct nature of these.