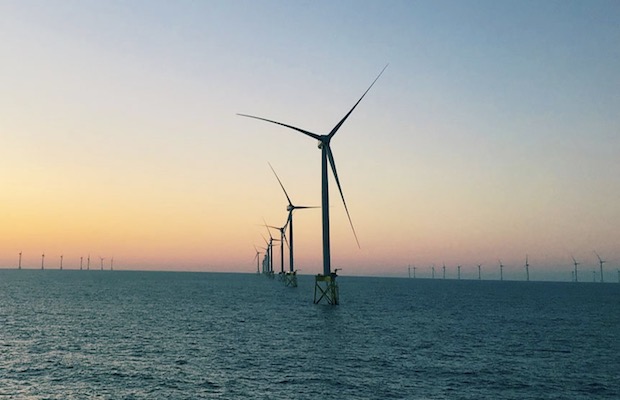 On December 10, 2020, Amazon became the world’s largest corporate purchaser of renewable energy, and it continues to move quickly to power its operations with 100 percent renewable energy. In line with which, the firm has now announced the Amazon-Shell HKN Offshore Wind Project, the e-commerce majors’ largest single-site renewable energy project to date.

“When we launched the Climate Pledge, Amazon set a goal to achieve 100 percent renewable energy by 2030. We now believe we are on a path to reach this goal by 2025,” the company stated.

The offshore wind farm is operated by the Crosswind Consortium, a joint venture between energy companies Shell and Eneco. It is scheduled for operation by 2024 and will have an overall capacity of 759 megawatts (MW) that will supply the electrical grid powering the Netherlands without government subsidies. Amazon is purchasing over 50 percent of that capacity, a total of 380 MW, to power our operations in Europe. The investment further enables the development of this large-scale, innovative wind project.

In this project, the Consortium has proposed a number of unique innovations for the wind farm including technology demonstrations that could be implemented at full scale in the future. These include a floating solar park, short-term battery storage, optimally tuned turbines, and ‘green hydrogen’ made by electrolysis as a further storage technique. In addition, this project offers the opportunity to demonstrate the combination of these measures to ensure a continuous power supply regardless of wind conditions.

In 2019, Amazon and Global Optimism co-founded The Climate Pledge, a commitment to reach the Paris Agreement 10 years early and be net-zero carbon by 2040. Significant investments in renewable energy are a critical step to reduce Amazon’s carbon footprint globally. With 187 solar and wind projects worldwide, the firm is the world’s largest corporate buyer of renewable energy. These projects have the capacity to generate over 6.9 GW and deliver more than 20 million MWh of energy annually. They include 62 utility-scale wind and solar projects and 125 solar rooftops on fulfilment centres and sort centres around the globe.

Across Europe, these investments include 20 solar rooftops atop its fulfilment centres and 16 utility-scale wind and solar projects in Ireland, United Kingdom, France, Germany, Spain, Italy and Sweden.