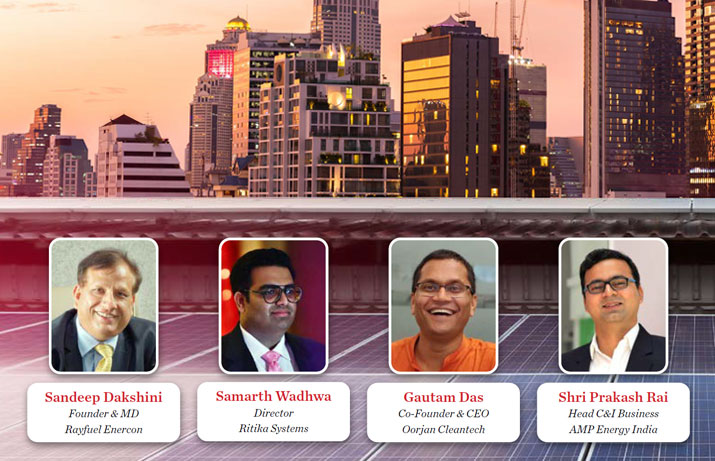 Back in 2015, when India declared its renewable energy target of 175GW for 2022, with 100 GW as the share of solar power, the euphoria over the sheer ambition papered over a lot of questions. For not only was this target truly ambitious, but to many, it finally declared the government’s resolve to break away from incrementalism. In retrospect, perhaps the bureaucrat or expert who broke up these numbers could have engaged with more industry stakeholders. Rooftop solar, with a share of 40 GW in the solar target, has been a non- starter, even as pace in the utility solar sector picked up quickly enough. As things stand today, when the time for reckoning arrives on December 2022, if India misses its solar targets by any distance, the gap will be almost completely on the rooftop solar side. 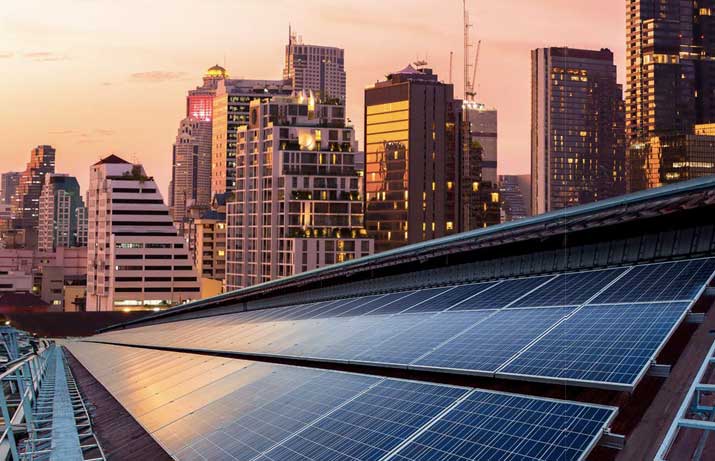 Today, with talk of using renewable energy for clean hydrogen in the coming decade, along with electrification of transportation, and hopefully more demand from a growing broader economy, utility solar, for all its travails, still has a roadmap of sorts to continue growing.

In contrast, with its 40 GW target, rooftop solar  grew from a total of 623 MW in 2015 to 5,440 MW by the end of 2019. Add a further 200 MW or less added this year, and you have a figure of barely 5650 MW. Impressive on a stand alone basis, but nowhere close to getting even close to the 40 GW target. The five largest states by installed rooftop solar are Maharashtra, Rajasthan, Tamil Nadu, Karnataka, and Gujarat, making up close to 50 percent of total capacity.

So just why has rooftop solar under performed?

The reasons are many, but you need to look no further than the latest blow to the sector, in the form of the recommendation for allowing net metering to plants limited to a maximum of 10 KW in size, pushed out at the end of the year. This latest move from the Ministry of Power has drawn loud protests from an embattled sector, that employs hundreds of thousands of people, and drew entrepreneurs in their thousands, drawn by the sheer size of the possibilities. The latest move seems to indicate that the government is blind to one of the most attractive aspects of rooftop solar, its ability to generate far more jobs than utility solar, for instance. And now, there is the real fear that discoms in states will pick on this one aspect of the MoP recommendations while ignoring the other rules that have been formulated, like response times on complaints, new connections and more.

The new upto 10 Kw rule, while it awaits uptake by various state regulators now, hurts for the simple reason that it takes away a huge incentive to install solar among MSME’s. (Medium and Small Scale Enterprises).

Sandeep Dakshini, Founder and Managing Director at Rayfuel Enercon, a firm engaged in the solar rooftop and related businesses, has this to say. “Of course the impact is going to be negative. Above 10KWP installations are high capex ones and even though gross metering also provides a compensation to the customer but his main incentives are somehow lost , so why would people invest that kind of money ?” In effect, gross metering pushes back ROI by years, where EPC’s were pushing it at a ‘reasonable’ period of 5-7 years in most cases. The new economics means that this period is likely to double up, making many firms change their minds for now.

Samarth Wadhwa, Director at Ritika Systems, an MNRE Grade A solar firm is even more blunt. “This will effectively be the death bell for solar rooftop industry especially small and medium players.” He adds some suggestions of his own. “ Instead of completely banning the same, there can be slab wise fixed tarriffs for plants greater than 10 KW, ie 10-20 KW , 90 percent will be reimbursed, 20-50 KW 80 percent will be reimbursed and so on. One alternative which could be tried by the govt. is that those producing the power above a certain quantity ( KWH) on an annual basis should be given benefits of some kind in their income tax payments or for commercial installations it could be even in GST payments.

Gautam Das, Co-Founder and CEO at Oorjan Cleantech, another solar startup that has grown well adds his perspective. “Net Metering allows the consumers to set off the solar power exported to the grid against the power they consumed from the grid. This makes solar investment economically beneficial to the C&I consumers since they are billed only for the net power consumption only. However, in gross metering the export of power and the consumption of power are billed separately and accounted for at different tariffs. The nominal tariff at which the exported units will be credited would make the entire solar investment economically less attractive. Hence, limiting the net metering benefits to 10 kW would have a negative impact on the C&I segment which accounted for 70% of the growth in the Rooftop solar segment between 2012 to 2018.“

Shri Prakash Rai, Head C&I Business, AMP Energy India, a key player in the C&I segment, adds that “The rules haven’t been notified yet but they would definitely not help the already lagging sector much. Rooftop solar is the most under-developed segment in renewables with only 3.4GW capacity (MNRE, as of 30th November, 2020) installed till date as against a target of 40GW by 2022 and more than 70% of the distributed generation/ rooftop capacity in India has been contributed by C&I customers. Policies/ notifications like these will exterminate the market specially for C&I customers where the power demand is not 24×7. This is like taking 1 step forward and taking 2 steps back.”

Markets that are ahead of India globally, like China and the US, and even Australia in 2020, have all grown on the back of a strong rooftop solar segment. Like India, they have all got a thriving ecosystem of small EPC firms that service this sector, except that unlike India, they have been provided the space to grow and establish themselves. The result is a very strong growth, and wide ranging support for rooftop solar today. From states making it mandatory to install it at new constructions, to almost 30 percent of schools and similar institutions having a solar system on premises, the rooftop solar market is thriving in these markets. That has enabled innovations or local manufacturers as well, thanks to the different price dynamics of this segment.

It is a travesty that at a time when solar costs are close to all time lows, rooftop solar should struggle so much for acceptance and growth. Oorjan’s Gautam Das adds that “a more balanced approach is expected. While we have to protect the interests of the DISCOMs on one hand, we have to be sensitive to our commitments towards adoption of renewable energy. Bringing in stricter rules to avoid excess injection to the grid, allowing higher limits for net metering say as a function of the customer’s historical consumption, creating the right policies to improve the existing grid technology and enabling virtual power plants are few means by which the government can strike this balance.”

Sandeep Dakshini also feels that “linking green energy generation to direct and more tangible benefits to its producers. Even farmers who put solar pumps or generate solar power should be given benefits like reduced interest rates in their other bank loans. These kind of things will have to become acceptable norms in our country now.”

He goes as far as to suggest that state Governments should pitch in for those installing above 10 KWP in residential or say 20 KWP in commercial by say a relaxation in FAR ( floor area ratios) in their construction.

In making rooftop solar growth so difficult, India is clearly travelling alone, among solar majors worldwide. Developed markets like the US , most of Europe and Australia are today offering subsidies on storage as well as solar. More importantly, the whole process is way smoother and simpler than it is in India, where wait times of upto 6 months or more are perfectly common when it comes to subsidised solar rooftop installations. In every one of these markets, rooftop and distributed solar would comprise between 30-40 percent of total solar capacity. In India, we are on course for a 90 percent share of utility solar, something that seems efficient due to scale economies, but in reality, probably doesn’t have anywhere near the kind of impact a more vibrant rooftop solar market could have had.

Not surprisingly, even domestic manufacturers, who are supposed to benefit from the DCR (Domestic Component Requirements) of subsidised rooftop solar, are not impressed by this move. Mot donot believe the residential rooftop sector can generate enough demand for them, and the C&I sector is crucial. The blow to that sector from the 10 Kw rule will hit them hard too.

So just why has rooftop solar been given this raw deal?

As always, the three key issues are financial, political, and a matter of vision.

On the financial side, it suffered from a perception of being expensive, and requiring subsidies. That made it a lower priority for the government straightaway, for all the noises made about supporting it. In fact, as shown by the massive push for PMKKUSUM, the government, at both state and central levels, are far more keen to push any subsidies towards the agricultural sector, if at all. That’s an attitude and trend that is mirrored across sectors, and explains the miserable state of most of our urban centres too.

On the political side, power as a concurrent subject has become a massive stumbling block for rooftop solar. Over the years, we have seen multiple MNRE (Ministry of New and Renewable Energy) proposals to streamline and accelerate adoption quietly disposed at the altar of this power sharing. Be it the proposal to have a single window mechanism for rooftop solar subsidies, or a single rule for net metering, or even the failed attempt to drive some competition through the SARAL rankings for rooftop solar friendliness in states, each move has died a slow death. Even on the issue of gross metering beyond 10 Kw, many experts have been quick to aver that it needs to stand the test of legal challenge, and eventually state specific regulators (SERC’s) will be the ones who will decide to frame the final rules in each state. On the vision front, India has struggled to put in place a detailed roadmap after laying down the targets. In other words, plans are nothing without proper planning. A long term vision is still absent if you ask stakeholders, be it for manufacturing, for phasing out of subsidies, or speeding up the approval process from discoms for rooftop solar. In fact, industry has been open to the idea of sharing some of the ‘savings’ with discoms to make this a real win win for all, considering how low costs have dropped. But a long term, focused initiative remains missing.