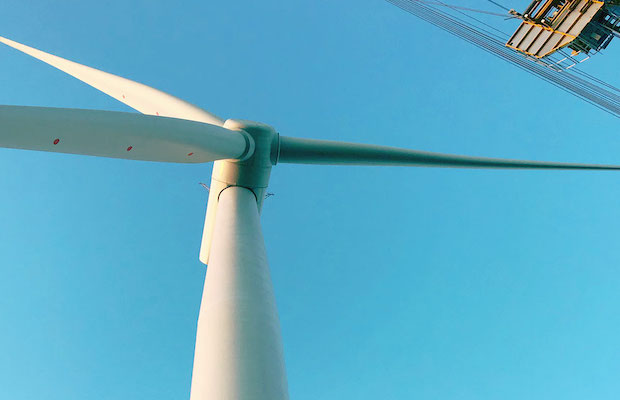 ScottishPower Renewables and Macquarie’s Green Investment Group (GIG) have announced that they have successfully installed every one of the 102 turbines on the 714 MW East Anglia ONE offshore windfarm – another major milestone for the project as it approaches completion.

Beginning in June 2019, a total of 102 Siemens Gamesa SWT-7.0-154 offshore wind turbines have been installed at the wind farm site, 43 km off the Suffolk coast. Installation was undertaken by Siemens Gamesa using the Sea Installer and Sea Challenger vessels, operated by DEME.

Each of the 306 turbine blades were manufactured by Siemens Gamesa at its specially-built factory in Hull, England; while some of the towers were produced in Machrihanish, Scotland by CSWind UK. The work that took place at Peel Ports was supported by several local companies and personnel employed by Siemens Gamesa, including Lowestoft-based Delpro Wind and CLS Global Solutions, based in Great Yarmouth.

The wind farm is already making a substantial contribution to the production of green energy, with commissioning still underway. Once fully operational, it will produce 714 MW of clean energy annually – enough to power the equivalent of more than 630,000 homes.

As well as the successful turbine installation, ScottishPower Renewables reached a company milestone during construction, installing its 1,000th MW of offshore wind power on the East Anglia ONE site. Furthermore, Siemens Gamesa notched up the installation of their 1,000th Direct Drive offshore turbine during this project.

Charlie Jordan, East Anglia ONE Project Director at ScottishPower Renewables, said: “Successful installation of all the turbines is a tremendous achievement for the East Anglia ONE project. It brings us another step closer to completion when the wind farm will be producing the clean, renewable energy the UK needs to decarbonise and meet its pledge to reach net-zero by 2050. This project is a testament to the leading role East Anglia is playing in offshore wind and is delivering tangible benefits for its people, businesses and communities – including the creation of more than 800 jobs and spending over £70 million with companies across the region.

“With COVID-19 bringing much of the economy to a standstill and affecting everyone across the UK, ensuring we have a safe and secure supply of energy is critical to supporting our vital services. This is why the continuation of this project is deemed as essential work by the Government and ourselves. The full range of people and organisations involved deserve huge credit for the work they have put into making sure it remained on track through such challenging conditions – they are a credit to the industry.”

East Anglia ONE, a joint venture between ScottishPower Renewables and Macquarie’s Green Investment Group, is a £2.5 billion project and the first of four offshore windfarms the former is developing in the region.