Macquarie has reached an agreement with Siemens AG to acquire an additional 10 percent stake in Gwynt y Môr Offshore Wind Farm in Wales. 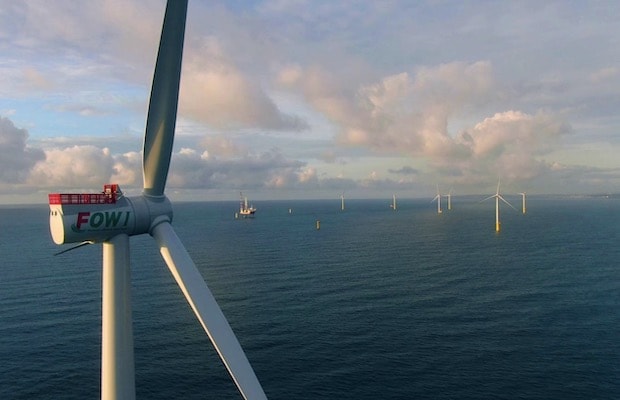 Leigh Harrison, head of MIRA EMEA, said that the firm is delighted to announce additional investment in Gwynt y Môr Offshore Wind Farm. Offshore wind is a great success story for the UK and an important component of the country’s clean growth strategy.

“We are pleased to be supporting its continued development – bringing additional long-term institutional capital into the sector to support the UK’s transition to a future powered by renewables.”

MIRA has managed a 10 percent stake in Gwynt y Môr since 2017 following Macquarie Group’s acquisition of the Green Investment Bank.

MIRA is a major investor in renewable energy around the world and has supported the UK’s low-carbon transition since 2005. Via its managed funds, it currently oversees investments in 10 offshore wind farms around the UK. With a total combined capacity of 2,966 MW, the portfolio represents approximately 38 percent of the UK’s total offshore wind generation capacity.

In August, we reported that Macquarie Green Investment Group (GIG) had entered into an agreement to acquire a 40 percent stake in the East Anglia ONE (EA1) offshore wind farm from ScottishPower Renewables (UK) Limited, a subsidiary company of the Iberdrola group. GIG had secured debt financing from the market to assist in funding its investment.

EA1 is a 714MW development located 43 KM off the UK’s Suffolk coast. The project will comprise 102 Siemens Gamesa 7 MW wind turbines, which when fully operational, will produce enough green electricity to power the equivalent of over 600,000 homes annually.