According to a new report, globally, 3.9 million off-grid solar lighting products were sold in the second half of 2018, an installed capacity of 32.39 MW. 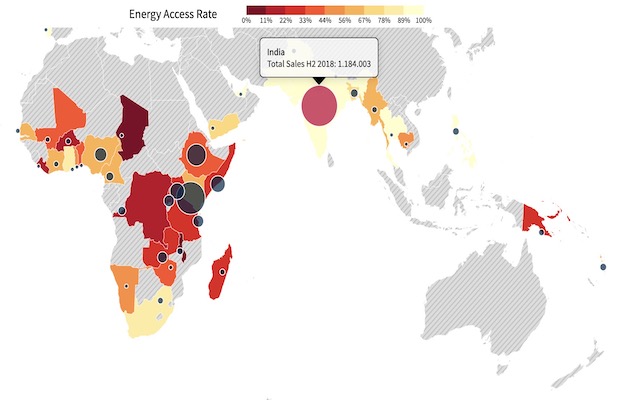 ‘The Global Off-Grid Solar Market Report’ a biannual report by GOGLA and the World Bank’s Lighting Global program was recently published for the second half (July-December) of 2018.  The report draws attention to sales and the impact of off-grid solar lighting products, sold by GOGLA and Lighting Global affiliates.

The report starts off by highlighting that, globally, the sale of 3.9 million off-grid solar lighting products took place in the second half of 2018 with an installed stand-alone solar capacity of 32.39 MW worldwide.

Key Highlights from the report: