According to a new report, more than 100 GW of 1500V solar inverters are expected to be shipped in the next 2 years. 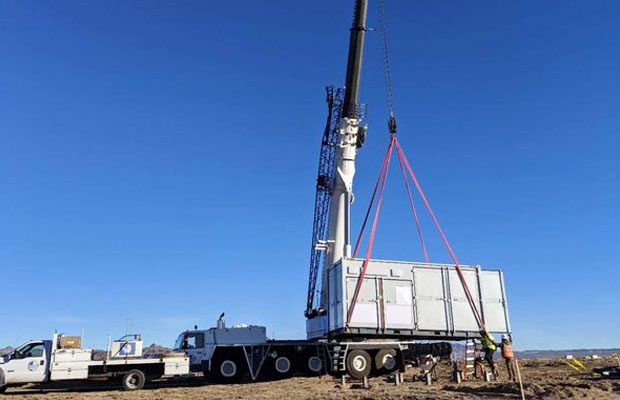 A new report by consultancy firm IHS Market predicts that having grown from just 2 GW of shipments in 2016 to surpass the 30 GW milestone in 2018, 1500V inverters will continue their growth trajectory, and over 100 GW will be shipped in 2019 and 2020 combined.

Over the last decade, the cost of solar PV has dropped dramatically, and the technology can now compete with conventional power generation in many regions. The average global cost of a utility-scale PV system hardware has fallen by a staggering 50% from 2013 to 2018, and the average fell below $1/W for in 2018 (with many regions well below this).

Following such impressive reductions to the capex of PV systems, the technology is now considered rather mature, margins are relatively slim, and only marginal improvements to costs are to be expected. As such, the focus has shifted more towards improving performance and reliability in order to drive down the LCOE (levelised cost of electricity) of the system. A major trend in this vein, is towards higher DC voltages, with a rapid shift occurring toward 1500 volt (V) systems in utility-scale PV markets around the world. One of the main enablers of this trend is the growing number of 1500V inverters that are now available on that market.

As early as 2012, German integrator, Belectric, announced that it had used 1500V inverters at ground-mount plants in Germany. The following year, it announced that they would continue to roll out the technology. Since then, 1500V inverter technology has gone from being marketing talk at trade shows and conferences to being deployed in very real volumes all around the world, with the most significant early volumes being installed in countries such as United States, Germany, United Kingdom, Chile and Mexico.

1500V has quickly become a requirement for large-scale PV projects. A large number of notable projects which have utilised 1500V technology, including the 300 MW in Sakaka, Saudi Arabia, which grabbed headlines in 2018 for signing a record-breaking agreement to sell electricity for ~$2.3/kWh.

Major utility-scale tenders in India (the second largest utility-scale market behind China over the coming three years) have also been dominated by 1500V technology, and other markets are following the same trend.

In fact, IHS Markit predicts that outside of China (which has been relatively slow to adopt the technology in comparison to international markets), 1500V products will account for 84% of high power PV inverter shipments in 2020, in comparison to just 11% four years previously.

While 1500V is becoming the standard in large-scale PV systems, the adoption in roof-top systems is lagging behind. In such systems, the deployment of 1500V is limited by safety standards, building codes and electricity regulations. Local regulations may allow such systems in commercial buildings in certain circumstances, but a general broad rollout is not expected. Use of 1500V systems in the residential sector is not anticipated within the foreseeable future.