Home » In Talks » With REC Trading Back, IEX Looks To Renewable Growth To Build Momentum

With REC Trading Back, IEX Looks To Renewable Growth To Build Momentum

The India Energy Exchange (IEX) has been playing a significant role in supporting the transition to a sustainable energy economy. It is one of the two exchanges (PXIL being the other one)  where Renewable Energy Certificates (REC) trading is done. As the REC trading resumed on November 24, 2021, after a gap of over 16 months, Saur Energy spoke to Ms. Shruti Bhatia, Head, Corporate Communications and CSR at IEX. The conversation ranged from their overall expectations from the market, shortfall so far, to compliance issues of the States with respect to RPOS, introduction of new green markets and the push required for new products to be introduced.

Q.1 The REC trading market been on a long halt. How has the overall market been, and how are you covering up on the shortfall in REC trading? 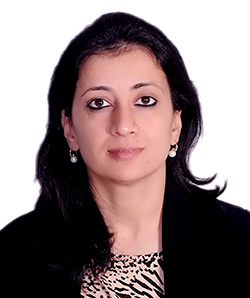 In specific context of the REC, which is a critical segment of the green market, trading was halted in July 2020 due to the stay order by Honourable APTEL, and it has resumed after 16 months on 24 Nov’21. The Green-Term Ahead Market (G-TAM) was a new market segment introduced for trading in renewable energy following the CERC approval.

Last year in August 2021, the Indian Energy Exchange (IEX) commenced trading in the Green Term-Ahead Market (G-TAM) with contracts available in both solar and non-solar segments. Stakeholders could participate in buying/selling electricity on a term basis for a duration of up to 11 days ahead for both compliance and voluntary requirements. This year, in October’21, with both of the segments Exchange commenced the Green Day-Ahead Market. So, the IEX Green Market now has physical delivery segment as well as the Certificate Market (REC). The renewable purchase obligation (RPO) and even the voluntary requirements could be met from either of the market segments under green market. From the time of commencement about 3.5 billion units of green energy have been cumulatively transacted on the Exchange.

So, we think that the RPO compliance equation has to be continuously reassessed as several market-based avenues are available. Perhaps a national portal / dashboard could be introduced where all obligated entities could upload their most updated obligation status.

Q.2. There have been compliance issues with States in terms of meeting renewable energy targets. The pause in REC trading added to the woes, which further  escalated the problem of unfulfillment of Renewable Purchase Obligations (RPOs). Do you agree?

There is also a need to continuously reassess the compliance status of the obligated entities. New products and technology/analytics-based monitoring dashboards could be introduced. India has huge aspirations on green and sustainable energy front. We aspire to build 500 GW of RE capacity by 2030. We are currently at some 110 GW, so we have another nine years period to meet the target. Pace at which capacity addition happens must grow at a 50% year on year growth. We have a long way to go. There must be a pan-India market-based approach, which covers all States. Also, there is a need to introduce newer products such as CfDs (Contract For Differences) as also available in global markets.

The government has been putting a lot of emphasis on enabling enforcement by States. We are hopeful that the Government’s strategy of enablement and enforcement can turn challenges into opportunities.

Q.3. Does IEX have any concerns on apprehensions raised about hoarding of RECs?

We do not think there is any hoarding happening in this market. It’s a very simple trading mechanism, there is no bilateral trading being done as of now.

The data of REC trade session held on 24 November’21 indicates good liquidity in the market and IEX traded and cleared almost 24.5 lacs RECs.

Q.4. Recently, Supreme Court had disposed of a decade long jurisdictional spat between CERC and Securities & Exchange Board of India (SEBI). How do you think this will help in deepening the power market?

This move will help us bring new products into the power and RE markets. Further, this would lure more participation from generation as well as distribution companies, large consumers, merchant capacities which will eventually deepen the energy markets in the country

Q.5 There is vast under-representation of solar power in the REC market. Solar accounts for only about 16% of all RECs issued to power generators? How do you plan to push this segment in the light of the significant role solar is expected to play in expanding India’s RE capacity?

We must look at the complete picture. The fact is a lot of solar projects are going in the delivery market. There was a surplus of Solar being sold in our Green Market and the Green Day-Ahead Market. New RECs were not being traded, but not true that RECs were not being registered, just that new capacity wasn’t coming. However, in our green markets, a vast percentage is of solar projects.