With the rise of the solar industry during the past decade, demand for PV systems and their components has increased drastically. Best termed as the Balance of System (BoS), these solar system components are becoming significant and integrated part of the PV industry. The technological advancement in making of each component and constant innovative approach of the solar manufacturers for filling the market with more advanced parts has made it one of the most dynamic in the nation. Off all the solar PV components, Junction Boxes have received a great deal of manufacturer’s attention and utilization in the solar industry, and have now formed a large scaled segment with the majority of solar junction box manufacturers being based in China and India. The solar energy is converted into the electricity by using a lot of components including the solar panels, PV junction box, the solar cell array, the cables, etc. The solar junction box is one of the components which play predominated roles in the solar PV system.

It is an enclosure on the module where the PV strings are electrically connected. Junction box is attached to the back of the solar panel (TPT) with silicon adhesive. It wires the (usually) 4 connectors together and is the output interface of the solar panel. Solar Panel manufacturers install junction boxes directly on to the back of every PV panel and serve as the interface between conductor ribbons on the panel and the DC input and output cables. They contain bypass diodes to protect the PV panel from reverse current during hours of darkness, if the panels are in shade or if covered by debris such as leaves, for instance. The photovoltaic junction box has the advantages of UV ray prevention, high temperature resistance, water prevention (IP67 rated), ozone resistance, long service life, strong short time overload capacity, wear resistance, corrosion resistance, oil resistance, etc. A good junction box keeps corrosion at the terminals to a minimum, as it will exclude water coming in. These advantages allow the Junction Box to be widely used in the fields of solar panel installations. 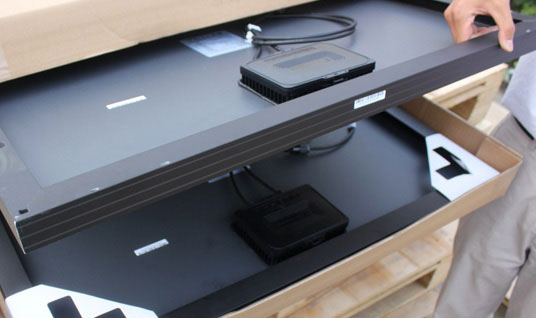 Is the junction box at the back of the panel important?

The TUV has the full German name of TechnischerUberwachungsVerein which is a German organization that can test and certify the solar PV junction box for safety. Once the photovoltaic junction box passes the TUV&UL authorizations, it can be safely used all over the world. TÜV Rheinland audits and issue certificates for the manufacturers of photovoltaic components based on relevant international norms, guidelines and quality requirements, such as IEC 62109, IEC 62093, EN 50521, EN 50548, IP67, as well as national standards such as MNRE guidelines.

Equally important are the machine friendly packaging aspects of components. Parts must meet the customer’s particular requirements so they can be presented to the pick-and-place machines without further repacking.Securing and sealing of the junction box on the PV module can be completed, as before, with silicone, which must be applied prior to mounting. Alternatively, to facilitate automated assembly of the box to the PV panel, adhesive double sided tape can also be pre-assembled by Molex so that only the protective foil needs to be removed prior to mounting. This eliminates the time-consuming application of silicone and especially the time required for the silicone to cure. 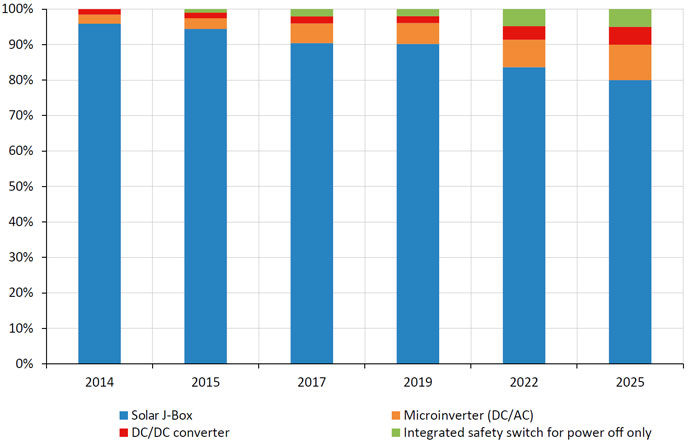 Back in 2009, the global market size for solar junction boxes was $750 million. In 2014, the figure reached an over-estimated value of $2.3 trillion, twice the size of the $1.4 trillion expectation. And now, due to high demand for solar power systems and the PV components, solar junction box market is expected to witness drastic growth in the coming years.As the Indian market ramps up with cumulative solar capacity of 9 GW, it is expected that the PV components, including solar junction box will become a key pillar for demand growth. Rising electricity demand, high irradiation levels, favorable government policies, and huge investments are supporting growth in the solar industry. 2017 will be a bumper year for the sector in India, as the nation gears up to take the total solar power generation capacity to 15-17 GW by March 2017. This growth in solar sector is sure to forge ahead the demand for PV components and solar junction box in India.

The competition has been tough for Indian electrical component manufacturers, as several companies from China, Taiwan, Malaysia and Thailand continue to sell PV components in India well below their costs, which of course pose a problem for fair competition. However, the advantage for the domestic manufacturers is their local presence clubbed with high quality product offering, which has always been appreciated by the customers. As India pushes to become global manufacturing hub under Make in India initiative, it is projected that the volume of manufacturing by the domestic industry will increase in India- and once this happens, the country would see great opportunities for the good quality-conscious homegrown component manufacturers.