India’s brainchild, the International Solar Alliance celebrated its inception this November, and looks ahead to become a legal entity on 6th December 2017.

An Indian initiative to forge a global coalition to harness solar energy, International Solar Alliance was launched at the CoP21 Climate Conference by Prime Minister Narendra Modi and the then French President Francois Hollande in Paris on 30th November, 2015. 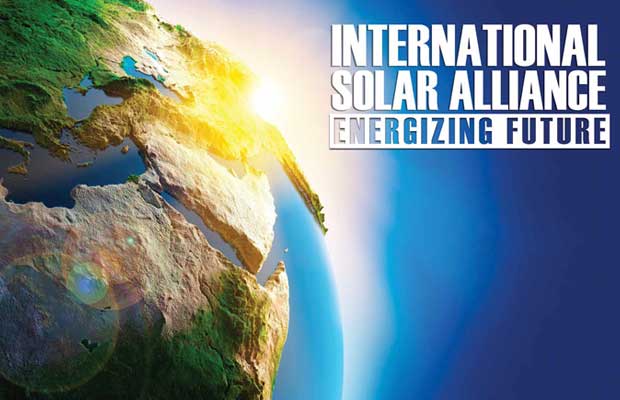 The International Solar Alliance Framework Agreement was opened for signature during the CoP22 at Marrakesh on 15th November, 2016.

The alliance graciously invited all the countries that are located completely or partly between the Tropic of Cancer and the Tropic of Capricorn, to come forward and work for efficient exploitation of solar power to reduce dependence on fossil fuels and endorse clean, sustainable and environmental-friendly climate approach.

The ISA agreement opened for signature in November 2016. While it requires ratification by 15 countries to enter into force, it has only secured 9 ratification and 39 signatures, so far.

However, French minister Brune Poirson has expressed confidence that the alliance would be able to secure 15 ratifications ahead of December.

Each member country would need to take into account its current infrastructure, natural resources and the stage of its socioeconomic development to move forward towards a low carbon economy.

The inception of ISA sent a strong signal to the global communities about the sincerity of the developing nations towards their concern about climate change and to switch to a low-carbon growth path.

The coalition has been formed to focus on solar power utilization and it is possible totally co-operation from the participating nations.

India pledged a target of installing 100GW by 2022 and reduction in emission intensity by 33–35% by 2030 to let solar energy reach to the most unconnected villages and communities and also towards creating a clean planet.

At the Paris summit, India pledged to bring 40 percent of its electricity generation capacity from non-fossil sources (renewable, large hydro, and nuclear) by 2030.

United by objective to significantly augment solar power generation in their countries, the participant nations intend making joint efforts through innovative policies, projects, programmes, capacity building measures and financial instruments to mobilize more than 1000 Billion US Dollars of investments that are needed by 2030 towards promoting solar power on all fronts, generation and storage.

The alliance means not just cooperation on the technology front but also much-needed finances for solar projects. India can derive dual benefits from ISA: it could boost its image as a global climate leader, while also enabling it to reap benefits out of global investments in solar technology.

If India can leverage the backing of about 15 ratified nations by December 2017 and 121 countries overall at the later state, the ISA has the potential to emerge as a powerful negotiating coalition at the global climate change negotiations. The larger aim is to mobilize over $ 1000 billion by 2030 towards promoting solar power on all fronts, generation and storage.

With the deployment solar revolution on the rise and the sharp drop in the costs of production of electricity through solar cells, the costs have come down by 80%- 85% over the last 4 years, due to a rapidly growing demand.

This has made more countries to sign up during the remaining days of the conference, and also later. The signing has also seen ratifications by the signatory countries as well.

Raising a large amount of money, like 1000 Billion US Dollars is going to be difficult given that developed countries have historically been stingy in funding renewable energy projects in developing countries. But in the light of this, the ISA has over the last year received solid support from a large number of countries, including those that are not exactly tropical countries.

United States has repeatedly expressed its desire to join the Alliance and France actually did so on November, 2016.

The European Investment Bank (EIB) has agreed on a new partnership with the International Solar Alliance to mobilize finance to develop and deploy affordable solar energy in solar rich countries. 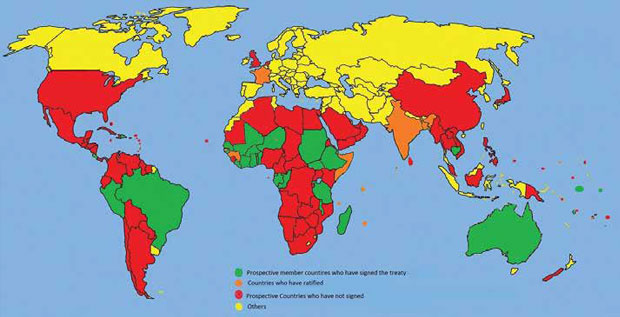 Also, during the sidelines of the African Development Bank’s annual meeting held in Gandhinagar in May 2017, three countries; Republic of Cote d’ivoire, Somalia and Ghana signed up for the International Solar Alliance.

This step has prompted the Government of India, through its External Affairs Ministry, to set aside the US$ 2 billion for solar projects in Africa out of its US$ 10 billion concessional Line of Credit for the continent.

Aligned to this, in its endeavor to support the mammoth renewable energy targets of the Indian Government, YES BANK, fi fth largest private sector bank in India, has proactively committed to target mobilizing USD 5 billion towards climate action in India by 2020, including funding 5000 MW of clean energy.

With one of the largest renewable energy portfolio in the country, the bank has facilitated financing towards generation of 1311 MW in FY 2015-16, out of which solar projects constituted a significant 74%.

Moreover, the ISA is also looking forward to launch an insurance mechanism aimed at lowering the risks associated for solar power in December. Upendra Tripathy, Interim Director General of International Solar Alliance (ISA) sees a good opportunity to bring insurance for risks and to bring down the cost of capital within ISA, though the proposal is still in the works.

Advocating the successful International Solar Alliance (ISA) ratifications, experts believe that India can get better opportunities for innovation, financing and by improving on its industrial infrastructure, it will be able to control the solar component prices, thus, saving Forex outflow and rationalizing solar tariff.

Multilateral bodies like IRENA, REEEP, IEA, REN21, UN bodies; bilateral organizations; corporates, industry, and other stakeholders will be encouraged to contribute towards the goal of increasing utilization of solar energy in ISA member countries.

To achieve the goals and objectives subject to mutual deliberations, following action points have been identified as short term priorities. Following are to be taken up by International Solar Alliance (ISA):- 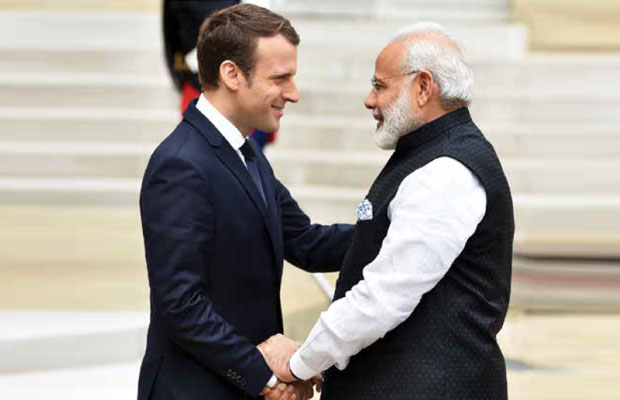 A powerful coalition like the ISA, has presented a unique opportunity to accelerate momentum within countries, businesses and financial institutions to champion innovative pathways, reshape global action and invest in green technologies and solutions to scale up climate revolution.

Prime Minister of India visualizes ISA as a potent tool for mutual cooperation among the member countries for mutual gains through enhanced solar energy utilization.

IRENA has stated that ISA can provide a unique focus in supporting global efforts to increase the uptake of renewable energy through promotion of applications to reduce poverty and the facilitation of energy access as well as through the development of solar policies.

International Solar Alliance (ISA) has been instrumental in providing enhanced understanding of the role that solar energy could play in providing energy services, particularly for the rural poor in countries with great solar resource endowments, but who are currently lacking the means to tap this potential energy source and convert it into an opportunity for rural transformation.

More importantly it will act as a voice for raising common issues for development and deployment of solar energy at international fora.