Okaya Power Group has announced that it has associated with IIT Delhi as an Industry Partner for a Vanadium Redox Flow Battery (VRFB) research project. 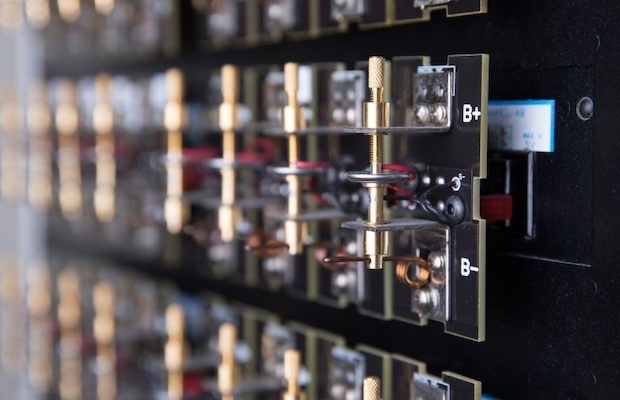 Okaya Power is the Industry Partner of this project of IIT Delhi funded by the Department of Science and Technology, Government of India.

The VRFB research project is aimed at developing small and medium scale energy storage devices which can play a pivotal role in meeting the future energy demands of the country. The scientists in IIT Delhi are involved in the design and development of VRFB, while the engineers in OKAYA are working on battery management system developed for this project. The project will altogether address the design of a one-of-a-kind battery pack exactly in-line with the requirement for home light systems specified by the Indian Renewable Energy Development Agency (IREDA) for Pradhan Mantri Sahaj Bijli Har Ghar Yojana – ‘Saubhagya’.

Anshul Gupta, director, Okaya Power said that determined to remain at the forefront of every technological innovation in the energy storage system, Okaya takes pride in associating with IIT Delhi for the VRFB research project.

“We expect our association with IIT Delhi will go a long way towards promoting the use of clean and green energy. Keeping in view the vast energy needs of a large country like India, we intend to harness the alternative energy resources like solar and wind energy to contribute our bit in achieving the goal of energy independence of the country,” he said.

The firm also stated that it is committed to aiding the government’s efforts to enhance the country’s renewable energy capacity to 175 GW by the year 2022, which includes 100 GW from solar power. Okaya is already engaged in augmenting solar energy storage technology to facilitate the mass use of solar energy.

Anil Verma from the Department of Chemical Engineering and PI of the project added, “It is considered that VRFB would be a competent device to store renewable energy in the MW scale.

“However, in the Indian scenario, where we need to serve a large number of isolated pockets of population, small and medium energy storage and utilisation are more important. VRFB combines a battery’s efficiency and fuel cell’s independent energy storage capacity and works by moving an electrolyte containing suitable vanadium ion through VRFB that converts chemical energy to electrical energy and vice-versa.”